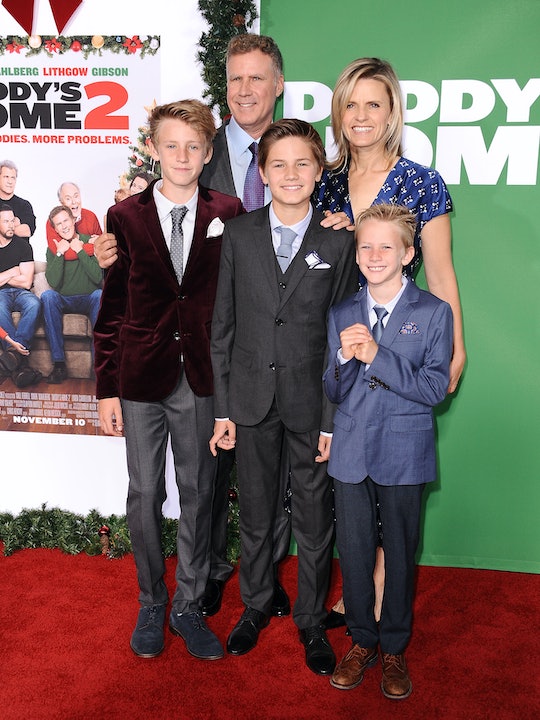 The actor’s three boys keep him on his toes!

Will Ferrell is one of those actors who just seems like a dad. Even before he had kids he gave off strong dad energy. Funny, a bit goofy, friendly, loving. Is that Ferrell himself or his most beloved character, Buddy the Elf from Elf? The only people who can know for sure are his wife and three sons. Here’s everything you need to know about Ferrell’s family.

Will Ferrell met his wife in an acting class in 1995.

Back in 1995, Ferrell’s career was just getting off the ground. That was the year he became a cast member on Saturday Night Live, a move that launched him very quickly into superstardom. But perhaps more significantly for Ferrell’s personal life, he met his future wife, Swedish-born actor and producer Viveca Paulin, in an acting class they were both taking that very same year.

They made a movie together before getting married.

Paulin and Ferrell dated for several years before eventually tying the knot in 2000. Before they married, however, the two worked together on 1998’s Night At The Roxbury, which was based on a recurring sketch Ferrell created with fellow SNL-alum Chris Kattan. Making a movie together as a couple is a real test, and these two clearly made it through just fine because they’ve gone on to welcome three sons and are still together to this day.

Ferrell became a first-time dad when Paulin gave birth to the couple’s son Magnus in 2004. The name Magnus means “great one,” which might sound like a lot of pressure but Ferrell explained to People in 2006 that the name was about heritage more than anything. “My wife was born in Sweden and we loved the idea of a Scandinavian name,” he said at the time. “I've gotten a lot of flack: 'What kind of ego do you have to have to name your child the great one?' That is not it at all.”

Now that Magnus is 18 years old, he’s making a name for himself as a musician in his own right. He shares his work on Instagram with his followers, one of whom is none other than Mark Whalberg’s daughter Ella Rae apparently. Wahlberg told Ellen DeGeneres in 2017 that he thought Magnus “was a lovely lad until I found out that he has formed some sort of communication with my oldest child. They're following each other on Instagram.” While he wasn’t too sure how he felt about that, he went on to admit that he was fine with it.

Ferrell and Paulin gave their second son, born in 2006, another Swedish name. Mattias, which the Spirited actor said meant “one who eats fire” during a 2007 interview with Jay Leno. It doesn’t, by the way. Mattias means “gift of God.” A name that suits Mattias well.

Mattias is a big fan of his dad’s comedy.

Ferrell once told Amy Poehler that all of his sons have “a little glimmer in their eye,” alluding to their shared sense of humor. And certainly Mattias is not embarrassed to admit that he’s a fan of his dad’s Saturday Night Live sketches. Ferrell told Parade in 2018 that Mattias had been watching them since around sixth grade, adding that “it's fun when they discover” his comedy. In turn, he and Paulin are fans of their son, stepping into coach his soccer team together when he was 8 years old. A mutual fanship, it seems.

Paulin and Ferrell became parents of three boys in 2010 with the arrival of Axel, and life got more exciting. Also more chaotic. Indeed, Ferrell once compared raising three sons to running a prison.

“As a parent of three boys, it's a lot of chaos, and all parenting rules go completely out the window,” Ferrell said during a 2020 appearance on The Ellen DeGeneres Show. “You go from all the things you read about like conflict resolution, ‘I'm sorry that your feelings are hurt,’... within five minutes it's like, ‘Get upstairs now and brush your teeth. Shut up, I don't care, why? Because I said so.’ ... It's like running a small correctional facility. I want to get high powered water cannons installed so I can just hose them down.”

Such is the life of outnumbered parents. And Will Ferrell is loving every minute of it.