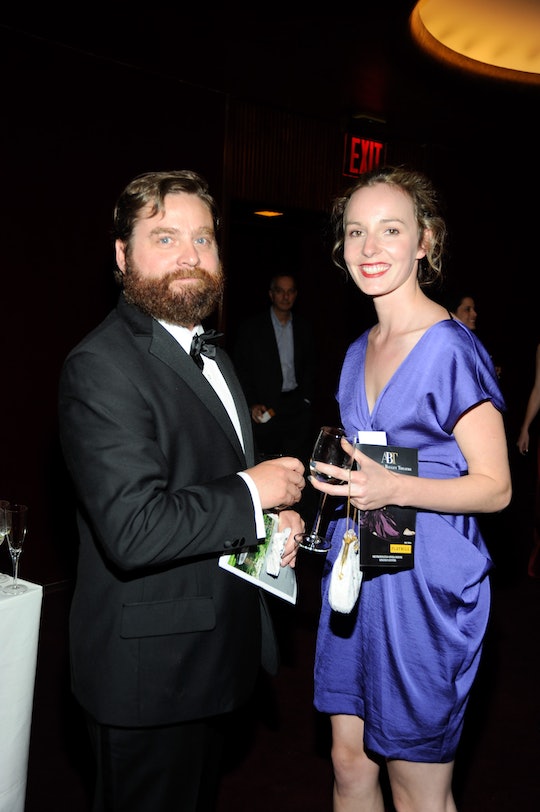 While most may know Zach Galifianakis best as the oh-so-bizarre character Alan from The Hangover, the actor and comedian is quite the opposite off-screen. Well, it seems like he still cracks plenty of jokes at home as a devoted husband and proud dad of two.

The Ron’s Gone Wrong star is a dad to two sons with his wife Quinn Lundberg. While Galifianakis tends tends to keep his family out of the spotlight, he has shared a few sweet tidbits and hilarious zingers.

Galifianakis Is Married To Quinn Lundberg

The actor married wife, Quinn Lundberg, in Vancouver, Canada, in 2012, according to Us Weekly. Lundberg is a charity co-founder, according to the Daily Mail, and tends to keep a low profile. She will occasionally appear on the red carpet with her husband, but you won’t find her posting photos of their family on Instagram as she doesn’t appear to have any public social media accounts.

They Have Two Children Together

Though he talks about fatherhood in interviews from time to time, Galifianakis is somewhat private when it comes to his two sons, ages 4 and 7. The couple welcomed their first child, a son whose name they’ve never revealed, in 2013, and later welcomed their second son, Rufus Emmanuel Lundberg, in November 2016, according to E! News.

His Kids Don’t Know What He Does For A Living

Although he’s been in some hilarious kid-friendly films, like The Lego Batman Movie and Missing Link, Galifianakis told Entertainment Tonight that his sons have no idea what he does for a living. “My kids think I’m a librarian,” he said. “They don’t even know. They think I’m an assistant librarian somewhere.”

This could be because Galifianakis has denied his fame to his kids since they were young. In a 2016 interview with Conan O’Brien, the Between Two Ferns host explained that his oldest son once recognized him on the side of a bus, but he had to deny that it was actually him. “I didn’t know what to say because I hadn’t really thought about it,” he recalled. “He goes ‘Who’s that?’ and I don’t know why but I said, ‘Some idiot.’ Thirty seconds later I hear him mumbling to himself, ‘Some idiot.’”

Just wait until someone puts on A Wrinkle In Time at their next sleepover.

Since his sons think he’s a librarian or “professional idiot,” as he told O’Brien in 2016, it makes sense that they won’t be seeing Galifianakis’ very funny, but very mature 2009 film, The Hangover. “They shall never know of it,” he told Entertainment Tonight. “I’ll just deny it. I’ll say, ‘I don’t know what you’re talking about. I had nothing to do with that movie.’”

“You wanna protect their innocence as much as possible. They’re just children,” he added, noting that they need to “mature a little bit” before they see it.

But if they ever want to watch one of their dad’s films, they can watch his new, kid friendly, animated movie, Ron’s Gone Wrong, which focuses on one kid and his malfunctioning, robot companion. And unlike The Hangover, the movie is rated PG, so his kids can watch it within a matter of time.