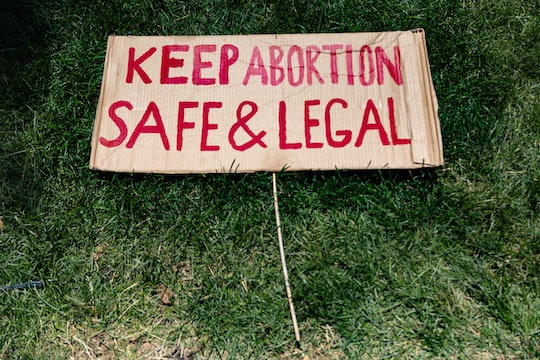 The young girl needed to travel to Indiana to receive an abortion.

A 10-year-old girl was denied access to an abortion in her home state of Ohio after the Supreme Court overturned Roe v. Wade. The unnamed child was found to be pregnant when inspected by a child abuse doctor in Ohio and because the state prohibits abortion after fetal cardiac activity is detected around six weeks gestation, the young girl could not have an abortion.

The 10-year-old girl was six weeks and three days pregnant, according to a report from The Hill. Dr. Caitlin Bernard, an Indianapolis-based OB-GYN, received a call from the child abuse doctor in Ohio just three days after the Supreme Court overturned Roe v. Wade. The doctor was reaching out for help for the 10-year-old abuse victim because the state’s new “fetal heartbeat law” came into effect immediately after the ruling. At just three days beyond the limit for an abortion in Ohio, the child was being sent west to Indiana, where abortion laws have not yet been changed. Even in Indiana, however, abortion access could be restricted after a special session of the state assembly meets later this month to discuss.

“It’s hard to imagine that in just a few short weeks we will have no ability to provide that care,” Bernard told The Columbus Dispatch.

On July 11, a Columbus, Ohio man was charged with raping the unnamed 10-year-old child after he confessed to the first degree felony, according to The Columbus Dispatch. Detective Jeffrey Huhn testified at the man’s arraignment that the 10-year-old had undergone an abortion in Indianapolis on June 30.

Ohio is just one state where abortion access was either severely restricted or outright banned with the federal protection provided by Roe v. Wade stripped away. In nearby Kentucky, a judge recently blocked the near-total abortion ban that would have otherwise been put in place in the state. Other states like Mississippi, Texas, and Florida are banning abortions even as those bans are being challenged in court. “The state of play is changing by the hour,” Anthony Romero, executive director of the ACLU, told Politico. “To state the obvious, the Supreme Court decision has plunged this country and the court itself into a historic crisis.”

The plight of this 10-year-old child is one of the first tangible examples of the very real consequences of Roe v. Wade being overturned. And most definitely will not be the last. As states continue to become increasingly hostile to reproductive rights, more and more unwanted pregnancies will be forced on people across the country. Even when they are children.

This article was originally published on July 6, 2022