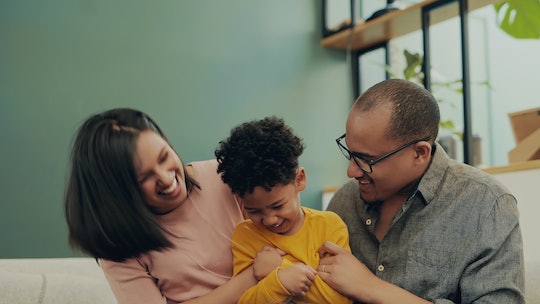 Play these pranks with your kids or on your kids to see who has the last laugh.

If laughter is the best medicine, I would personally like an extra dose of it on the first day of April. One way to ramp up the laughs is to get your kids involved in the fun with these April Fool's Day pranks for kids. Most of these pranks are quick, easy, and don't require much planning to pull off, so they're perfect for kids. There are also a few ideas for pranks that parents can play on their kids that they'll really get a kick out of.

If you're still doing school from home or are only seeing friends and relatives virtually, don't worry — there are plenty of pranks you can still play from afar sprinkled throughout these ideas. Just be sure your kids know to follow up these jokes with a hearty "April Fools!" so that your friends and family know that your pranks are all in good fun.

Pranks For Kids To Play On Friends

Pranks For Kids To Play On Parents

Pranks To Play On Grandparents

Pranks For Kids To Play On Teachers

Pranks For Parents To Play On Kids