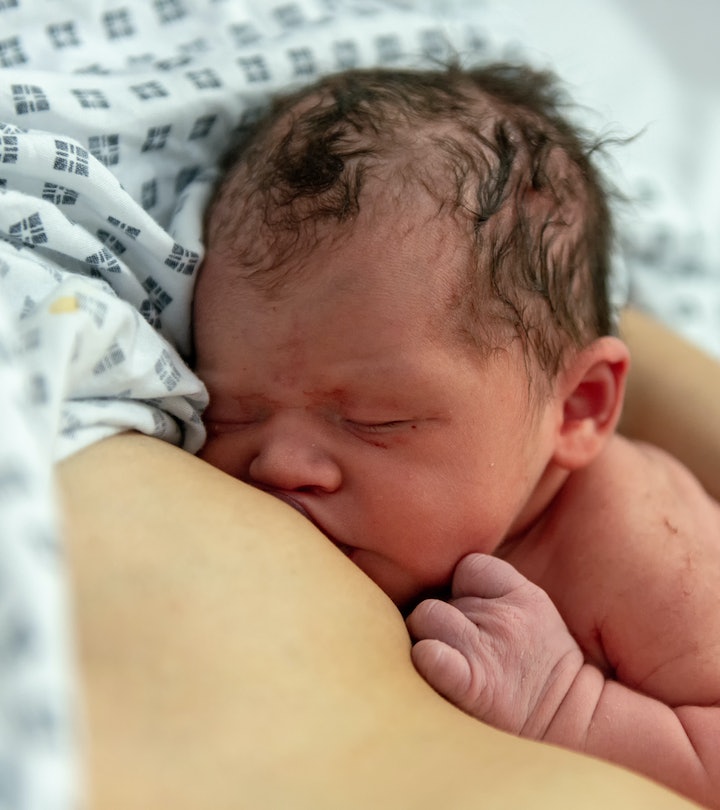 Like, who knew breast milk could be so many colors?

I always planned to breastfeed my children, largely because my own mother breastfed my brothers and I when we were babies and talked about the special bond it created. I never considered doing anything else. Armed with an arsenal of facts about breastfeeding and the stories from my mom, I held my 5-pound, 11-ounce daughter up to my naked breast after her birth and realized that I still had no idea what I was doing.

What I assumed would be a natural, easy, and fulfilling experience turned out to be as difficult and exhausting a journey as it was a beautiful one. Like most aspects of motherhood, breastfeeding comes with its own set of challenges, no matter how easily or (or not so easily) it comes.

August is National Breastfeeding Awareness Month and although parents (and the public in general) have taken huge strides in the right direction to normalize breastfeeding, there is still a lot of work to be done. Stories of mothers being harassed for nursing in public, cases where moms give up nursing too soon because they lacked support, or even hospitals that push formula as the norm to new moms pop up all too often. More than just raising awareness about the importance of breastfeeding, this month is crucial for encouraging people of all genders, ages, races, orientations, and demographics to support breastfeeding, regardless of what they chose to do for their baby.

Rebecca Costello, IBCLC, MPH of In the Flow Lactation

More Like This
There’s A Reason Your Baby Always Falls Asleep While Breastfeeding
If Breastfeeding Makes You Tired, Here’s How To Keep Your Energy Up
6 Sex Positions To Reduce Leg Pain
43 Awesome Toys For 18-Month-Olds

This article was originally published on Aug. 1, 2016