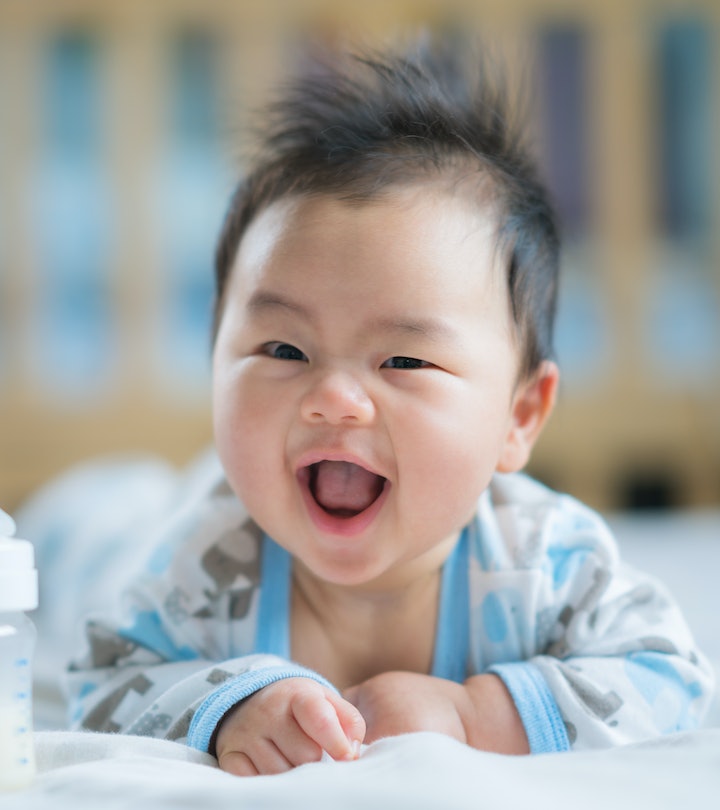 The formula shortage isn't over, but a few key actions mean it should be easier to feed your baby.

The U.S. Food and Drug Administration (FDA) announced on Thursday that consumers can expect to see even more formula on U.S. shelves soon. Several key moves to continue to ease the formula shortage should help parents feed their babies with less stress. The first step they’ve taken is to provide caregivers with info on the safety and nutritional benefit of formula from other countries. They’ve also provided guidance for families with babies on a specialized formula to request the produce they need directly from Abbott Nutrition — the main manufacturer in the United States. The FDA has also outlined a plan for the future that they hope will assure parents this type of crisis won’t happen again.

“Importantly, a combination of increased domestic production and infant formula being imported is steadily improving what parents and caregivers are seeing on the shelves,” said FDA Commissioner Dr. Robert M. Califf, in press release today. “We will continue our around-the-clock efforts to make sure that parents and caregivers have access to safe and nutritious infant formula where and when they need it.”

Here’s how these steps will help U.S. parents to feel more confident about formula-feeding during this unprecedented shortage — and in the future.

Can parents safely use formulas from other countries?

Since May 16th, 520 million 8-oz. bottles of formula have arrived in the U.S. from nine countries. The FDA assures parents that they have chosen products from safe facilities across the globe with similar standards to the U.S. regulation of infant formula.

They have reviewed the safety and nutritional value of these formulas and found it up to our rigorous standards. “Starting today, we are providing educational research for parents and caregivers who have questions about how to use these safe and nutritional products,” Dr. Susan Mayne, the Director of the Center for Food Safety and Applied Nutrition, said at a press conference today.

A series of videos on the FDA YouTube channel is designed to help parents choose a type of foreign formula as well as convert metric measurements to the U.S. imperial system of measurement. An 8 oz. bottle is about 240ml, according to this infographic. This chart helps caregivers choose acceptable equivalent formulas, as well.

Can caregivers of children on specialized formula move to the front of the line?

Abbott Nutrition has developed a system where America’s most vulnerable babies can cut to the front of the line to receive the food they need. While the vast majority of babies can find an equivalent formula with only minor gastrointestinal issues (or none at all!), some babies can only use one type of formula — for a small subset of children the lack of access to their special food could land them in the hospital. Through this form, and with the help of their pediatrician or healthcare provider, these specialized formulas can be requested.

How does the FDA plan to prevent this shortage from happening again?

Clearly, this shortage of infant formula in the United States is unprecedented and stressful for all caregivers of infants. They FDA has outlined a plan to prevent future shortages from occurring. The main issue in the U.S. during this shortage is that Abbott Nutrition provides most of the formula in the country — so when they encountered a supply chain issue, there was no backup. This shortage has prompted the FDA to strengthen bonds with other countries that produce safe and nutritious infant formula.

Many of the companies providing these formula products to help ease the current crisis have expressed interest in continuing to serve the American market permanently, according to a statement released by FDA earlier this month. “Ensuring that the youngest and most vulnerable individuals have access to safe and nutritious formula products is a top priority for the FDA,” reads the statement. “The FDA expects that our continued efforts will help infant formula manufacturers who are new entrants to the U.S. market better understand their options to continue producing and supplying formula to the U.S. in the weeks, months and years ahead.”

More Like This
"Crybaby Ambulance" In Europe Will Help Exhausted Parents
How Hot Is Too Hot For Babies? Experts Weigh In
Why Does My Baby Cough While Breastfeeding? Experts Explain
Double Your Fun With These Instagram Captions For Twin Pics