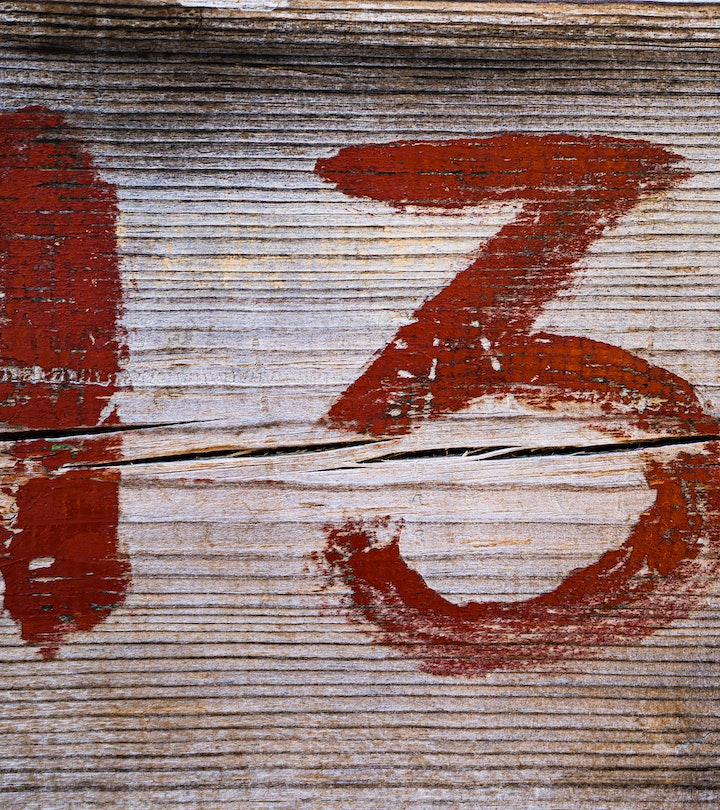 Friday The 13th History That Will Scare The Pants Off You

The day is full of superstition and lore.

If a day begins shrouded in fog and a black cat crosses your path, you’re probably going to check the calendar, right? Of course you are — because bad omens and cryptic lore abound on Friday the 13th. Just mentioning that date is enough to strike fear in some people. (And they definitely don’t want to hear a joke about Friday the 13th, that’s for sure.) But just how did this day become so scary? The history of Friday the 13th is murky at best, but there are more than a few spooky myths and legends that explain the day’s fear factor.

Why is Friday the 13th so scary?

The number 13 has been considered unlucky for eons. One origin story points to Norse mythology and an instance where Loki, god of mischief, crashed a dinner party of Norse gods, bringing the number of guests to an unlucky 13. During the party, Loki arranged for the god of darkness to kill the god of light, causing the world to go dark.

Another instance where the unlucky 13 rears its ugly head is at The Last Supper in The Bible where Judas is the 13th guest to arrive. He is ultimately the disciple who betrays Jesus, leading to his crucifixion. Though these specific instances don’t necessarily fall on a Friday (that we know of), they add to the lore and fear of the number 13.

Pop culture has also a hand in stirring up drama where Friday the 13th is concerned. Published in 1907, Friday, the Thirteenth by Thomas William Lawson is a fictional book in which superstitions surrounding the date crash the stock market. A single day that brings Wall Street to its knees is scary, indeed, but the horror movie Friday the 13th reins supreme, stoking the flames of fear with a hockey mask-clad killer since the film franchise began in 1980.

Is Friday the 13th an unlucky day?

Superstition surrounding Friday the 13th means that many people regard the date as unlucky. This is especially true for anyone who experiences paraskevidekatriaphobia: an irrational fear of Friday the 13th. (Also called friggatriskaidekaphobia.) And it can definitely feel unlucky for anyone who experiences misfortune that day, but the date itself isn’t always doomed.

In fact, according to old wives’ tales about babies born on Friday the 13th, it could be a lucky day. Celebrities with Friday the 13th birthdays including Julia Louis-Dreyfus, Kate Walsh, Kat Dennings, Steve Buscemi, and the Olsen twins are proof that there is some luck to be had for those born on this date.

Do bad things happen on Friday the 13th?

Is it true that a ton of bad things have historically happened on Friday the 13th? Actually, yes.

Hundreds of the Knights Templar were arrested by King Philip IV of France on Friday, Oct. 13, 1307, according to History.com. Members of the religious group were imprisoned and then executed so that the king could gain access to their riches, leading some to believe that this historical atrocity could be where the legendary date’s unluckiness stems from.

Since then, a number of alarming and terrible notable events documented on Friday the 13th have lent more credibility to the date’s frightening appeal. Of these, History.com noted the bombing of Buckingham Palace in 1940, a destructive cyclone in Bangladesh in 1970, and rapper Tupac Shakur’s death in 1996.

What are some common Friday the 13th superstitions?

Considering any of the following activities this Friday the 13th? You may want to think again. There’s no guarantee, of course, but here are some things to avoid on Friday the 13th — and some of them just all of the time — if you want to keep your luck in tact:

Again, these superstitions are just myths. While they may have a grain of truth buried way, way in there somewhere, chances are, your Friday the 13th will go just fine. And if not, at least you’re prepared now.

More Like This
5 Superstitions About Babies Born On Valentine’s Day
When Do We Spring Forward In 2023? Mark Your Calendars
30 Messages To Write In A Valentine's Day Card For Your Child
17 Romantic Poems To Make Your Partner Melt On Valentine's Day
What Parents Are Talking About — Delivered Straight To Your Inbox