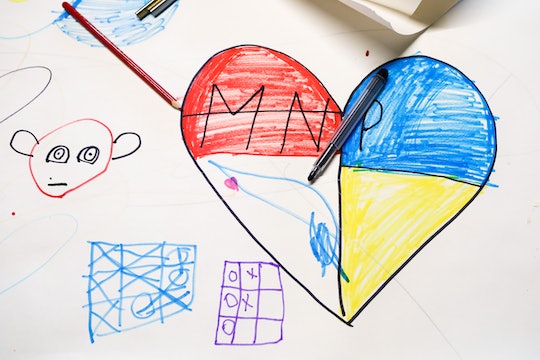 “I will never forget you! I wish you happiness in heaven.”

In the two months since Russian forces launched a full-scale invasion of Ukraine in February, thousands of innocent civilians have been killed, including the mother of a 9-year-old girl named Galia. The young girl wrote a heartbreaking letter to her mom that’s gone viral on social media after it was shared by a Ukrainian official, thanking her mother for raising her and telling her that she was “the best mom.”

On April 8, advisor and former deputy minister at Ukraine's Ministry of Internal Affairs Anton Gerashchenko posted an image of Galia’s letter on Twitter. “Here's the letter from 9-old girl to her mom who died in #Borodianka,” Gerashchenko captioned the letter.

“Mom! This letter is your present,” Galia wrote to her mom, according to a translation. “If you think that you nurtured me for no reason, you are not right. Thank you for the 9 years of my life. Thank you so much for my childhood.”

The young girl reportedly lost her mother during the Russian invasion of Borodianka, a city 40 miles outside of Kyiv. The invasion left 26 people dead and more than 200 missing, Euro News reports, and Galia’s mom was apparently one of those lives lost.

Galia’s letter is a stark reminder of yet another way Ukrainian children are suffering in this war. Millions of children have been forced to flee their homes with their parents, ending up in refugee camps in Poland, Romania, Slovakia, and even further. Then there are the children who have become casualties of the war. In the town of Lviv, empty strollers were left in the town square in March as a sobering reminder of the 109 children whose lives have been lost in the conflict. That number continues to rise.

On Tuesday, Ukraine’s prosecutor’s office reported that more than 500 children have been killed or injured since the war began. What’s more, Unicef said on April 11 that “nearly two-thirds of all Ukrainian children have been displaced” in just six weeks.

Letters like Galia’s should never have to be written. Galia thanked her mother for her “childhood,” but at just 9 years old, her childhood should not be over.