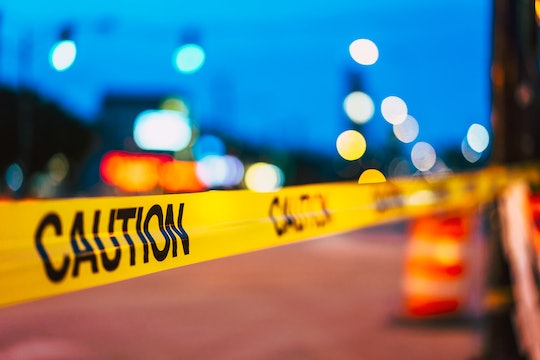 Family of the 28-year-old expectant father said he was "so happy" about becoming a dad.

News that a new baby is on the way is almost always reason to celebrate. But for one New York man, preparations for those celebrations took a horribly tragic turn. A 28-year-old expectant father was killed when a homemade gender reveal device exploded Sunday.

New York State Police said officers responded to reports of an explosion in Liberty, New York, at roughly 11:55 a.m. on Sunday. In a statement released later that day, New York State Police said Christopher Pekny had been building a device he intended to use at a gender reveal party when that device exploded and resulted in his death. Pekny's 27-year-old brother Michael Pekny was injured in the blast and transported to a local hospital for treatment, according to police.

A police spokesperson confirmed to NBC that Penky had been building the device in preparation for his own child's upcoming gender-reveal party. Police are not yet sure why the device exploded but told the Times Herald-Record they had confirmed the device "was not being built or made for malicious purposes."

In an interview with The New York Times, Pekny's older brother, Peter Pekny Jr., described the incident as "the freakiest of freak accidents," noting both of his younger brothers were "very mechanically inclined" and "could fix and do anything." According to Peter, Pekny had learned his girlfriend was pregnant and expecting a baby boy in December.

Although still a relatively popular trend among expectant parents, gender reveal tricks and parties have come under increasing scrutiny due to their potential for harm. While some tricks, like cutting into a colored cake or opening a box to release colored balloons, are harmless, some expectant parents choose to opt for more dramatic reveals that often revolve around dangerous explosives and pyrotechnic devices.

Last year, a pyrotechnic device set off at a gender reveal in California sparked a wildfire that burned thousands of acres of land in San Bernadino County. In 2019, a 56-year-old Iowa woman was struck and killed by debris from an exploding homemade gender-reveal device that local police likened to a pipe bomb. In 2017, CNN reported a gender reveal trick carried out by an expectant father in Arizona had gone horribly wrong, resulting in a massive 47,000-acre wildfire that caused roughly $8 million in damages.

But even baby showers sans dramatic gender reveals have the potential to turn deadly. A 26-year-old man was struck and killed by shrapnel from a celebratory cannon that had exploded when fired at a Michigan baby shower earlier this month.

In recent years, the blogger responsible for popularizing gender reveals has pleaded with parents to stop having them, citing their potential for danger and even death. "Stop having these stupid parties," Jenna Karvunidis said last year. "For the love of God, stop burning things down to tell everyone about your kid's penis."