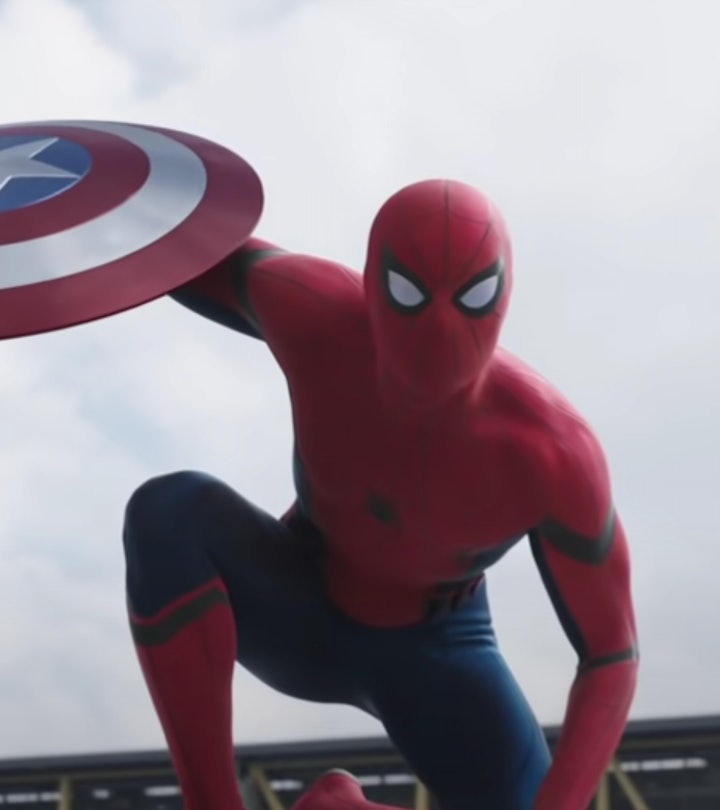 DC’s got nothing on these fierce looks.

Dressing your baby up as a chick or a peacock for Halloween can make you feel like the mummy of the year. But what if you and the rest of your family want to get in on the tricks and treats, too? If you’ve all decided to dress up for Halloween, it might be hard to think of group costumes that everyone in the family likes… unless you’re obsessed with the superheroes (and villains). In that case, you’ll need some Marvel family costume ideas to make your Halloween even more eerie-sistible — and there are plenty to choose from.

When it comes to all the characters in the Marvel universe, (or Earth-616 as it’s known), you can really have your pick of costumes to choose from. You can sharpen your fingernails and do a Wolverine family costume set, or flex your muscles and go as the Hulk family. And if you’re a fan of Wakanda Forever, Black Panther costumes for your partner and child will make you want to forge a path together. From Thor to Iron Man, Captain America to the Avengers, Marvel family costumes will make everyone feel like they are superheroes in their own right. After all, the family that trick-or-treats together, slays together.

The claws will come out when you dress your crew up in Wolverine family costumes. Of course, there’s Wolverine, the anti-hero who is (sometimes) a good guy. But if your kid wants to look just like Logan, too, there’s a kid’s costume (complete with claws) that they can wear as well. Of course, the gang wouldn’t be complete without Cyclops, a mutant with powerful energy beams that emit from his eyes. And you might want to dress up as Rogue, who views Wolverine in a father figure role. Despite the claws (and carnage), Wolverine is really about standing up for what you believe in, and how you can create your own family with people you love and care about.

If your Spidey senses are telling you that you should get some Spider-Man family costumes this Halloween, you’re probably right. After all, Spider-Man is one of the oldest Marvel superheroes, and with some pretty cool powers like superhuman strength, speed, reflexes, and everyone’s favorite: wall-crawling. You can dress up your family in Spider-Man costumes that are iconic and so cool. You could get dolled up as Aunt May, Betty Brant, and or even the Green Goblin, but you’ll get everyone tangled in your web when you all dress as version of Spider-Man, especially your little one.

If you thought that your family had issues, just check out Thor’s. Robbed of his birthright, he not only has to battle the Frost Giants, but he has his little brother, Loki (aka the God of Mischief) to deal with, too. Bratty brothers aside, though, you’ll feel like you’re wielding the Mjölnir when you all dress up as Thor, Loki, and Doctor Strange. Just hope that dressing up as the god of thunder doesn’t cause any rain on Halloween night.

If you want to dress up in Marvel family costumes, look no further than Iron Man. Everyone’s favorite superhero, Iron Man’s armored suit will keep your kid (and you) warm while you trick-or-treat. You can choose from the traditional Iron Man suit, or dress up as the Hulkbuster, a suit specifically designed to subdue the Hulk when he gets angry. (Now, if only they made something similar to wear during your toddler’s temper tantrums.) To keep your kid safe while you’re outside, you can always put reflective tape or lights on your child’s costume so that they’re more visible — and they’ll look even more like Iron Man, too.

Everyone will be absolutely green with envy when they spy your family wearing Hulk family costumes. Your partner can put on the Adult Hulk Muscle Costume, while you can wear the She Hulk Deluxe Costume. Even your kid can get in on the action by wearing the Baby Hulk Muscle Costume, which will give them lots of big muscles. If you want to look like the authentic Hulk, you’ll probably need to paint your faces green, but just be sure that if you’re going to slather some onto Baby’s face that it’s non-toxic and safe for their sensitive skin.

It will feel like the Fourth of July when your family rocks these truly patriotic Captain America family costumes. The Adult Captain America Muscle Costume comes with his signature shield to ward off bad guys. But if you have kids who want to both dress up as Captain America but don’t want to look alike, you can choose from the Kids Captain America Dress and the Kids' Marvel Captain America Falcon Muscle Chest Halloween Costume Jumpsuit with Headpiece. They’ll look like they’re ready for Independence Day — or to defeat Red Skull.

The first Black Panther film was powerful for so many reasons: it openly discusses race and what it’s like to be Black and celebrates Black culture. It also had a predominantly Black cast of actors, and honors elders in the film as well. So it’s no wonder that you would want to make it a family affair and get dressed in Black Panther costumes for October 31. Your partner can wear the Adult Black Panther Costume Deluxe, while your child can choose the Marvel Endgame Deluxe Battle Black Panther Child Costume. As for you, well, get ready to shine as Shuri, the sister to T’Challa and a heroine all by herself.

Your family will definitely turn heads if you all show up at your neighborhood event in a themed Marvel group costume this Halloween. Your partner might don a shield and show up as Captain America, while your kid who keeps clawing at their younger siblings will be dressed as Wolverine. And you, who are trying to keep the chaos down to a minimum while you’re trick-or-treating (and not lose your patience in the process), can look just like the Hulk — no costume required.