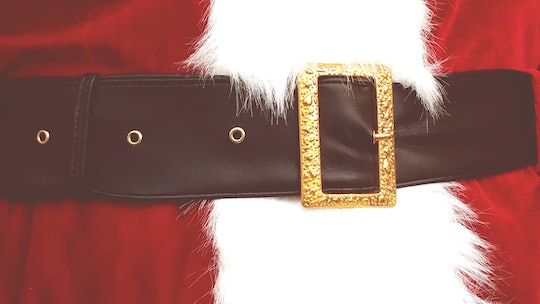 The child feels “absolutely gutted” that they’ve upset others about the big man in red.

Another Christmas is on its way, and you know what that means. Another year where parents debate the whole Santa thing. It is an endlessly tricky situation to navigate, particularly for families with kids in those early years where some might have heard that Santa is more of a feeling than an actual person and some might still believe in the big man in red. For one parent of a 9-year-old who told other kids at school that Santa isn’t real, it’s bringing up a new dynamic. How responsible are parents for what their kid tells their friends about the Santa story?

An anonymous parent took to the popular British message board Netmums to ask just such a question. After their 9-year-old was engaged in a discussion with other kids about whether or not Santa is real, they received a “very shirty message from a parent.”

“Our kids are 9 and at school they have had a discussion amongst a few of them about whether Santa is real,” the parent wrote. “I've had a very shirty message from a parent, which appears to single out my child having spilled the beans and subsequently spoilt the 'magic of Christmas' for their child, who has also told their younger siblings who've been crying over it.”

The parent in question went on to explain, “My child found out about Santa from their older sibling, and wasn't too bothered by it. I've said before that they should not talk about it with their friends, and when I asked them about this conversation, my child was absolutely gutted to have caused upset to others.”

The tradition of telling children Santa Claus brings their presents on Christmas Eve is a widely accepted part of the holidays, but it’s also... not true. And other parents piped in to comfort this parent that they are not really responsible for their child spilling the beans on the Santa myth for other kids. “Your kid was told not to say anything but is upset that they have caused upset,” wrote one fellow parent. “Adults aren't perfect so children certainly aren't so that should be the end of it. Obviously a group of them were discussing it and your child has spoken outJust explain your kid is very upset they have caused upset.”

Another added that a brief apology might not go amiss, “I personally would apologise on my child’s behalf, Santa is such a sensitive area with parents trying to keep the magic going when there are younger siblings, unfortunately your child was the bearer of such news.”

Finding out that Santa is really just a myth can be tricky for some kids, and if they’re asked to keep it going it might feel like too much of a responsibility. After all, a 9-year-old shouldn’t be expected to keep Santa alive for their classmates.

More Like This
6-Year-Old Boy Has Zero Regrets After Ordering $1,000 Worth Of Food On Grubhub
Eagles Coach Nick Sirianni Brought His Kids To A Press Conference & It Was Hilarious
Parents Have Thoughts After Court Orders Nursing Mom To Use Bottle In Custody Dispute
Florida Teachers With “Unvetted” Classroom Books Could Face Felony Charges
What Parents Are Talking About — Delivered Straight To Your Inbox