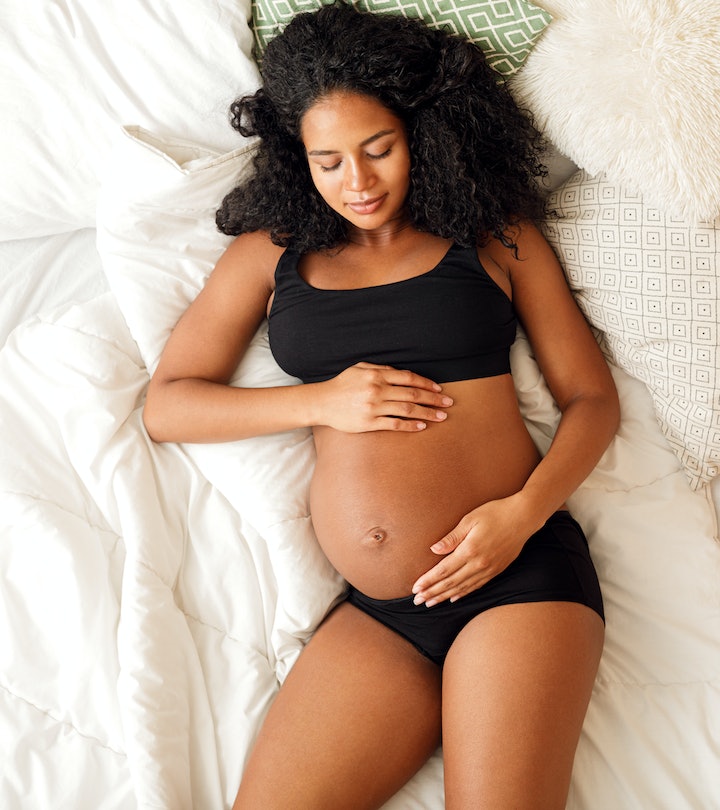 Once Your Mucus Plug Comes Out, Here's What Experts Say You Should Avoid Doing

During my pregnancy, I learned so many things about my body — many of which sounded pretty gross. My mucus plug and how I could lose it was definitely no exception. In addition to learning about gross things happening to my body, there was always a long laundry list of things to avoid while pregnant, from some foods and drinks to some types of physical activity. So let’s combine the two, shall we? What are some things to avoid after losing your mucus plug?

When I first heard the term mucus plug, I didn’t really understand what it was. I imagined it to look kind of like a wine cork. I also knew that I was supposed to lose it toward the end of my pregnancy, but that was the extent of my mucus plug-related knowledge. To get to the bottom of what a mucus plug is and what happens when you lose it, Romper reached out to the experts.

What is a mucus plug?

As Dr. Jamil Abdur-Rahman, an OB-GYN and medical travel blogger for TwinDoctorsTV, explains to Romper: “In response to increasing progesterone levels during pregnancy, the cervix produces a large amount of a thick mucus that forms the mucus plug,” he says. “The mucus plug basically functions as a barrier of sorts protecting the sterile womb from the ‘outside.’ By blocking the cervix, the mucus plug prevents bacteria from entering into the uterus.”

This critical job is so important because, as Abdur-Rahman explains, if bacteria gets into your uterus, you could get an infection called chorioamnionitis. “Chorioamnionitis can be life-threatening for mom and baby," says Abdur-Rahman. "And even if chorioamnionitis does not threaten the life of mom and baby, it can cause pregnancy complications like preterm labor and premature rupture of membranes (i.e., the bag of water breaking too early)," he adds.

When are you supposed to lose your mucus plug

So when are you supposed to lose your mucus plug, and what should you avoid after it comes out? Abdur-Rahman says you’ll typically still have one until you’re about 36 weeks, because at that point, your cervix is supposed to start shortening and dilating and will “expel” the plug. If you lose the plug “at term,” i.e., at around 36 weeks, there’s nothing to avoid.

However, if this happens earlier than expected, losing your mucus plug could signal preterm labor, depending on how far along you are in your pregnancy, as Dr. Alan Lindemann, an OB-GYN and maternal mortality expert, explains. “If you lose your mucus plug before 36 weeks, you should call your doctor’s office and be seen within a few hours of your call,” Lindemann tells Romper. “You need to have at least a usual check for uterine fundal height, fetal heart rate, uterine tenderness, a digital cervical check, and culture for Group B strep, chlamydia, and gonorrhea. You should also be checked for mycoplasma and ureaplasma. In my experience, these infections can cause preterm birth.”

How to know you lost your mucus plug

You’ll know when you’ve lost your plug because there’s typically a “bloody show” in your underwear or when you wipe. It can potentially be pretty gnarly looking — ranging from looking like pink snot to black tar — so be warned.

If you do lose your mucus plug, Abdur-Rahman recommends avoiding any activity that may help introduce bacteria into the uterus. Again it depends on when exactly you lose your mucus plug — if you are not yet at 36 weeks gestation, here are the things to avoid.

Putting anything in your vagina

First things first, keep basically everything clear of your vagina. “I would recommend vaginal rest, that is, avoid putting anything in your vagina,” Lindemann says. “No tampons, no douches, and no intercourse.” Any of these things have the possibility of introducing bacteria to your vagina.

“With a dilated cervix before 37 weeks, avoid sexual intercourse or sexual activity,” Lindemann says. “The sexual activity can start labor or rupture your amniotic sac. Intercourse itself doesn’t necessarily introduce bacteria into the vagina, but intercourse can stimulate labor.”

This one is more of a precaution. “Although for the most part, vaginas are ‘waterproof,’ why take the chance?” Lindemann says. “In theory, a bath tub might be safer than a swimming pool, but taking a shower for a few weeks rather than a bath will not hurt you.”

In most cases, as long as you lose your plug at 36 weeks or later, you’re good to go and there’s really nothing you have to avoid once it’s gone. Anytime before that though, and you'll need to be extra careful about making sure you avoid anything that may have any chance of introducing bacteria into your uterus. At least losing your mucus plug typically means you’re almost at the end of your pregnancy journey and that much closer to holding your baby in your arms. Just give your healthcare provider a call in case labor starts up too early.

More Like This
Pelvic Pain During Pregnancy: What Causes It & How To Deal With It
Yes, It’s Possible To Get Pregnant If You Have An IUD
7 Surprising Old Wives' Tales About Christmas Eve Babies
14 Free, Printable Birth Plan Templates For Every Kind Of Delivery

This article was originally published on Oct. 4, 2018