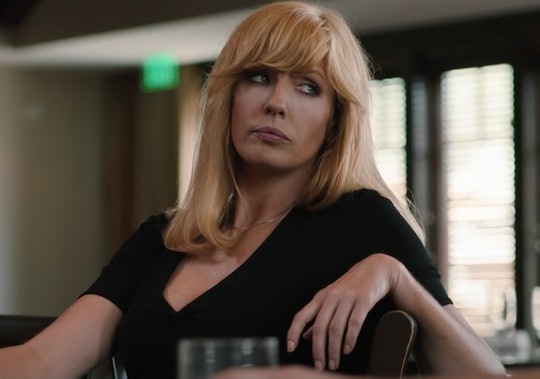 10 Yellowstone Costumes Even Beth Dutton Would Approve Of

Were you born a willow, or born an oak?

The first episode of Yellowstone premiered in June 2018, and fans have been hooked on the modern Western drama ever since. The fifth season premieres in November this year, so what better way to celebrate the return of the Dutton family to your Halloween than by donning your best Yellowstone costume?

If you haven’t watched any of Paramount’s series, here’s the gist: sixth-generation ranch owner John Dutton (played by king of the Western genre, Kevin Costner) runs the largest ranch in the United States. That means he allies with, and does sometimes literal battle with, neighboring towns and reservations, powerful developers and oil tycoons, and the occasional politician. There’s plenty of family drama between his three children Kayce, Beth, and Jamie, and the ranch hands, including foreman Rip Wheeler.

What makes Yellowstone so beloved by fans are the cast of complex characters, their cutting and insightful conversations, and the gorgeous scenic shots of Montana. If you’re one of those viewers who just can’t get enough of the Dutton family drama, why not dress up in a Yellowstone Halloween costume this year? It’ll attract other fans right to you, and you can spend the whole Halloween party talking about your predictions for Season 5.

So, which Dutton will you represent for Halloween this year? Whoever you choose, commit a few of their most notable quotes to memory so you can recite them as needed.