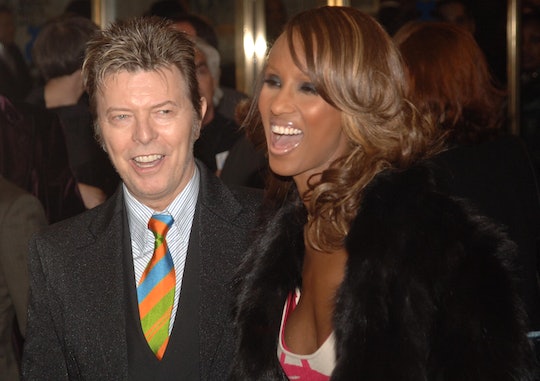 While the world collectively mourns the loss of rock god David Bowie, I can’t help but think about the one person who is rightfully more heartbroken than all of his fans combined: his wife of more than 20 years, entrepreneur and supermodel Iman. If you know anything about the couple, you know that theirs was something of a storybook romance — what the kids these days call “relationship goals.” After all, making a marriage last for more than a decade, and then more than two, is a feat in and of itself. Weddings are just the start, but to make a marriage work requires lots of patience, compassion, and understanding, not to mention plenty of romance, which it seems the pair had in spades. When you consider the fact that they were both highly successful superstars in their own right, you know that their marriage surely faced even more adversity what with tabloids and paparazzi. But for lovebirds Bowie and Iman, there were plenty of perfect moments that likely punctuated their otherwise busy lives.

Iman and Bowie both managed to stay together until the very end. Iman, it seems, was already preparing herself and the world for Bowie’s imminent exit from this world as just days prior, she had taken to social media, posting messages which surely were prelude to her husband’s death. Here, a tribute to not only the life and times (and music) of David Bowie, but also to the romance that existed between him and his beautiful wife.