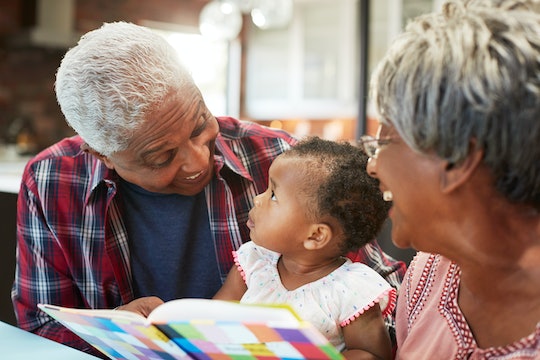 Happy Grandparents Day! On Sunday, September 8th (the Sunday after Labor Day), the U.S. will be celebrating a day dedicated to all the grandparents out there. And what better way to celebrate than with some fun DIY gifts/crafts perfect for Grandparents Day that you can give to the special people in your life? Whether they’re your grandparents, your child’s grandparents, or anyone you cherish who fills that time honored role of taking care of the younger generations, they'll treasure your efforts forever.

Grandparents Day officially started in 1979 after President Jimmy Carter made an official proclamation. But it started as a grassroots campaign in 1973, by Marian Lucille Herndon McQuade, the Legacy Project website explains. Mrs. McQuade, “... had 15 children, 43 grandchildren, 10 great-grandchildren, and one great-great grandchild,” making her perhaps one of the greatest experts on grandchildren. She hoped the holiday would be a way to appreciate the role that grandparents take in supporting the new generations, and to bring together families and encourage reunions. One way to show your appreciation is to give the grandparents in your life a special hand-made gift, or plan some time to do a craft or other activity together, so you can cherish the memory. Here are some heartwarming DIY ideas for this Grandparents Day.