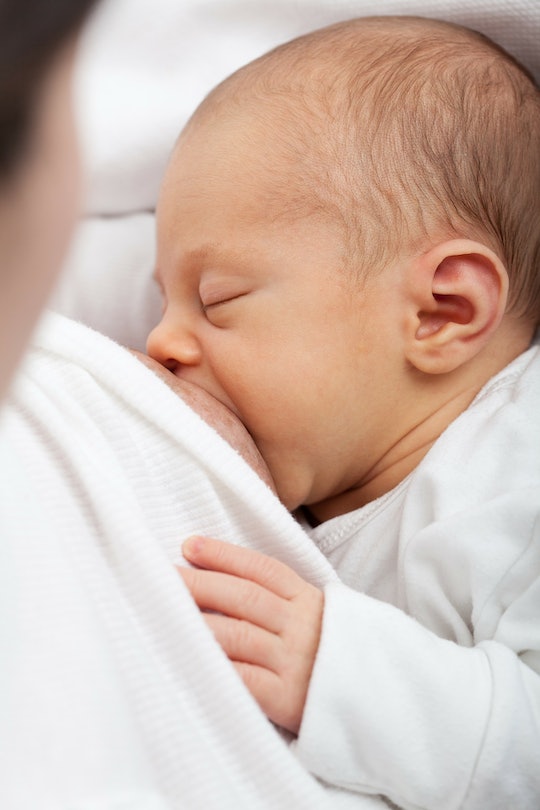 A couple of months after giving birth to my son, I got food poisoning. Food poisoning is always awful, but it's extra awful when you're exclusively breastfeeding (EBF) a baby, because it makes it even harder to stay hydrated. Trying desperately to get comfortable, I defaulted to what I normally do when my stomach hurts: I laid down on my stomach. The next morning, I woke up with a plugged duct, and the worst breast pain of my life. Turns out, sleeping on your stomach is one of the mistakes every EBF mom will eventually make.

Though breastfeeding has been a largely great experience for me and my son, it's inevitable to make mistakes when doing anything new. I've said it before and I'll say it again: just because something is "natural," doesn't mean that it's effortless or that it's not really easy to make mistakes here and there. So it's totally normal to make any of the following mishaps, but don't worry if and when you do. Most of them are not make-or-break as far as your nursing relationship is concerned, as long as you don't make them on a regular basis.

As for that plugged duct? It went away after a day of drinking tons of water, nursing on that side first at every feeding, and massaging it during a couple of long hot showers. Like most breastfeeding mistakes, it was fixable, as long as you don't let it slide for too long.