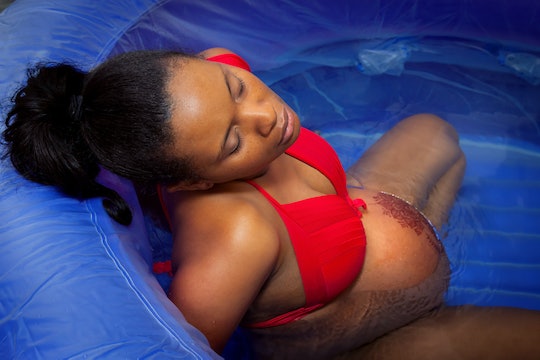 Pregnancy is an intense time in a woman's life. There are so many changes happening in such a short time, both physically and emotionally, so it's pretty common to feel unsure and anxious and even uncomfortable. Then, of course, there are the times when labor and delivery is just plain terrifying.

I have what can only be described as a pretty messed up pregnancy and delivery history. In fact, I bet my OB-GYN has a file with my name on it that's at least three inches thick, so just the thought of having another baby is enough to make me literally have a panic attack. My number one fear during my most recent pregnancy was making it to the hospital in time. I actually had a contingency plan, just in case I found myself delivering on the side of the road or in a parking lot somewhere. We left the house way too early because we live over an hour from the hospital and, well, you can never be too careful, right? I ended up going to the mall and walking around for at least two hours and still checked into the hospital 12 hours before I actually gave birth.

There are so many things that make mamas nervous when it comes to bringing their baby into the world. Some are legit and some aren't all that necessary, but there are some undeniably valid fears and situations that will terrify pretty much anyone, including but not limited to: