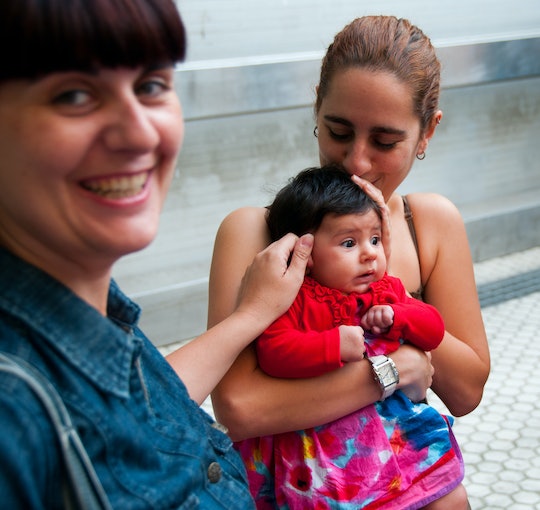 Hey ladies. Have I got a secret for you! Did you know that there’s a foolproof way to go through parenthood without having any ounce of fear? It’s called "NO THERE’S NOT EVERYTHING IS TERRIFYING AND I’M ALWAYS AFRAID." OK, maybe not everything, but the fact remains that are plenty of things that all moms are scared of. I would know because I am a mom, and I've been scared of...basically everything since the moment I found out I was pregnant (and to be honest, even a bit before that too).

Having kids can make you feel vulnerable in this gritty, scary world. Case in point: I was sensitive to news and current events before becoming a mom, but now I have to be really careful about how much I consume, or I’ll end up frozen with fear at the thought of my child out and about in the horrifying world where there are a zillion ways he could die or be made to feel sad at any given moment. There’s a reason that pretty, typographical images of that quote about how having parenting is like "having your heart go walking around outside your body" are floating around Pinterest. It's annoyingly true (mostly annoying because I hate admitting that any sentimental quote that often appears in flowery script on a poster is ever true). So much can happen to kids, good and bad, and it's hard to get into motherhood without some of that fear seeping into your brain and taking hold.

For me, the nerves started even before pregnancy. When my partner and I were considering kids, I started imagining all the intense scenarios that could come during pregnancy, labor, and beyond. I wanted to believe that once a (hopefully healthy) baby arrived, my fears would subside, but even I knew that it just wasn’t the case.

Thankfully, parenthood isn’t just fear but still it’s a pretty significant piece, at least for me. Join me as we consider the common things that cause us worry: