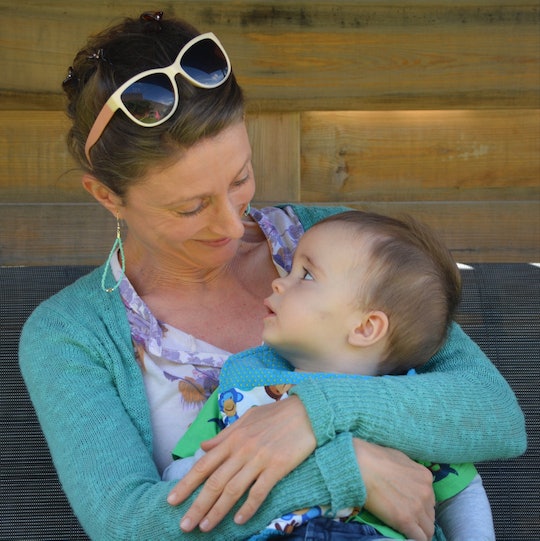 What You Should Do For A Mom Trying To Wean

I've been breastfeeding my son since he was born. After we crushed our typical beginner's struggles (a shallow latch, sore nipples, all that) breastfeeding became one of my favorite parts of being a mom. I love the closeness almost as much I loved being able to use my boobs to solve nearly all of my parenting problems. As we approach his second birthday, though, nursing is becoming more of a burden than a relief, so I'm trying to speed up our weaning process. Some of the best things you can do for a mom who's weaning (particularly if she's trying to wean a really strong-willed toddler)? Bust out all the old remedies she used to love when she first started breastfeeding, practice your best "I'm listening" face, and play with her little one while she hides with some Netflix and nine loads of previously unfolded laundry.

My long-standing breastfeeding goal was to "nurse until my son self-weans, or until I get sick of it (whichever comes first)." For the bulk of my nursing journey, nursing has been relatively uncomplicated, so it made sense to keep it going until my son decided to stop. Breastfeeding was my go-to for pretty much everything; food and immunity, of course, but it's also been my silencer after bumped heads and temper tantrums, and my snooze button when my son woke up earlier than I wanted him (or really, us) to. However, recently it has started to become kind of a drag, and when your heart and mind start sending you that, "Y'know, this really ain't working for me anymore," signal, it's important to listen.

Still, I've been kind of surprised by how hard weaning can be. I read about the possibility of post-weaning depression, but I wasn't really ready for how conflicted I'd feel about letting go of our nursing relationship (even now that it's more "con" than "pro"), or how tough it can be to hold onto the limits I've set for the time being (I'm pretty sure I say, "We only nurse at sleepy times!" about eighty times a day). I also wasn't prepared for my boobs to feel almost as weird as they did when I first gave birth. So it's super nice when my partner and friends help out in the following ways: