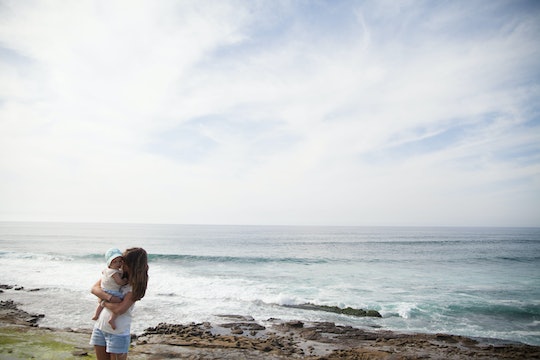 When you become a mother, you're thrown into a whole new world of diapers and feeding, strange schedules and unwanted advice, self-doubt and immense joy. Despite the drastic life-change, every mom eventually figures out what works best for her and her child (or children). Sometimes it's with the help of others, sometimes it's through trial and error; usually it's a healthy combination of both. Still, there are times when a well-meaning friend, family member or fellow mom tries to help, and only ends up offending or upsetting a brand new, potentially clueless but still capable mother. While the ways you're angering new moms and not realizing it are often unintentional, they're still hurtful and can leave even the most confident mother questioning what she knows is right.

When I became a mom, I had friends, family members, moms and non-moms try and tell me what I should and should not do. I knew that, for the most part, they had the best intentions and were simply trying to help, but those best intentions didn't keep people from eventually judging me, especially if I didn't decide to take them up on their well-meaning advice. Motherhood is hard enough, without feeling like you're failing the people around you just because you're not doing what they would have done or what they think you should do. It's definitely hard enough without strangers telling you you're "doing it wrong."

New moms may be especially sensitive to the advice, unnecessary facial expressions, and non-verbal cues that say, "Yeah, you don't know what you're doing." Do new mothers sometimes need and appreciate help? Of course. However, don't assume that every new mom is out of her elements. We're capable. We're knowledgable. In the end, we're the mom.