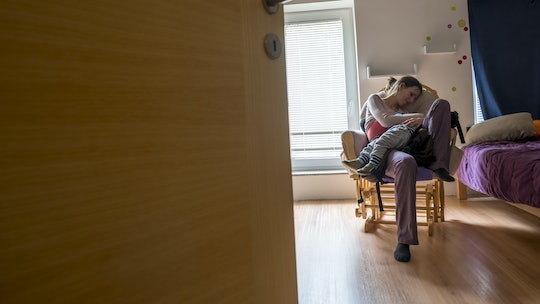 6 Reasons You Should Stop Calling It "Extended Breastfeeding"

As a nursing mom and a feminist, I'm a firm believer that when it comes to breastfeeding, we need to support whatever choice nursing parents and their children make. I believe it's totally OK not to breastfeed at all, or for a mom to stop whenever she wants. I also believe it's totally OK to keep nursing until your child decides to stop, which just so happens to be the biological norm. That's one reason I believe we should stop calling it “extended breastfeeding” when mothers and children mutually decide to nurse beyond some arbitrary cutoff, and just label all nursing as such, regardless of the nursing child's age.

According to the latest Breastfeeding Report Card from the Centers for Disease Control and Prevention (CDC), 81 percent of new babies in the US have been breastfed at some point in their lives, a figure which drops to just under 52 percent by six months (with 22 percent being exclusively breastfed to that point). Given that, I understand that moms like me, who plan to nurse until our kids self-wean (or until I get sick of it, whichever comes first), are definitely in the minority. Numerically, in our society, we are nursing for an "extended" amount of time, though the not-extended amount of time is not exactly clear or readily agreed upon.

That strikes me as odd. After all, if we're going to define something as "extended" anything, there should be a clearly defined (and preferably, scientifically defensible) norm to compare it to. It also strikes me as problematic for a number of other reasons, mostly because it's hard enough living in a female body without another cultural concept floating around that makes other people feel like they're entitled to tell me what I should and shouldn't be doing with my own body.

Imagine the outcry if people started calling the choice to stop nursing before two or so years "premature weaning." People who chose to, or had to, stop nursing for many legitimate reasons would be rightly irritated, because the term implies that they're doing something wrong by deciding for themselves and their families when they needed to be done. That same logic applies to "extended breastfeeding," because: