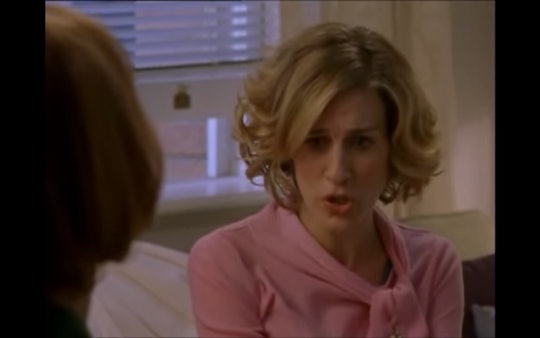 10 Of The Most Sexist Representations Of Breastfeeding In The Media

As a nursing mom and a member of multiple breastfeeding support groups, I used to feel confused that while the public health community and many parent groups proudly proclaim that "breast is best" for babies, so many breastfeeding moms would report being shamed, harassed, and even discriminated against for actually choosing to nurse their kids. Once I started watching and re-watching many shows and movies through my new lens as a nursing mother, though, it started to make more sense. Sexist representations of breastfeeding in the media reinforce a lot of misinformation and stereotypes that cause people — particularly those who aren't targeted by the pro-breastfeeding messaging moms get through childbirth classes, healthcare professionals, etc. — to react negatively to breastfeeding.

Growing up in a sexist and sex-negative culture, we are all inundated with images and ideas that simultaneously stigmatize, sexualize, and objectify women's bodies. From storylines that slut-shame women for being sexual beings to commercials that use scantily-clad women as bait for male consumers (who are all presumed to be straight and cisgender); we're collectively taught that women who actually want or enjoy sex are bad, and that women's bodies exist solely to fulfill men's sexual desires. We're not humans of our own, with our own needs or reasons for being, we're just things for men to use as they please. Seriously.

Breastfeeding itself challenges that very idea, by reminding people that breasts not only have a purpose, but that purpose has absolutely nothing to do with straight men or sex. (I sincerely believe that's why some people, especially men, get so angry about seeing nursing moms in public.) Yet rather than letting breastfeeding stand as a reminder that women's bodies exist for other things besides satisfying the needs of men, many media portrayals of nursing moms distort the truth about breastfeeding to reinforce the idea that women and our bodies exist for straight men only. Children's biological realities, their agency in the act of breastfeeding, and women's agency both as mothers and as people who get to choose how to use our bodies, are all erased.

We need more moms, and more women in general, calling the shots at every level of the mass media. We need more people in the media and in public life speaking up to challenge nonsense like the following sexist messages that are, sadly, still prevalent. 'Cause I'm running out of patience for crap like this: