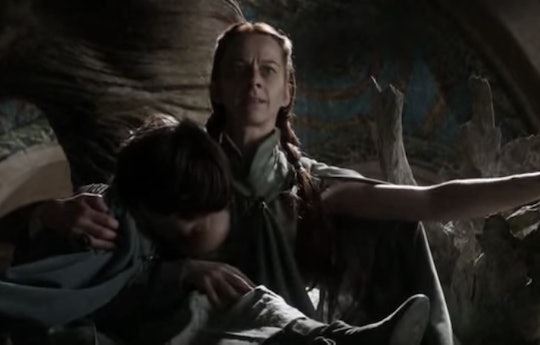 I always knew I would try to breastfeed my baby when she was born, mostly because it seemed convenient and cost-efficient. I really had no knowledge about breastfeeding, other than what I had previously read online or in books. There was a dearth of media depictions of breastfeeding and, sadly, what was out there was usually played for laughs in adult-skewing shows and movies, or for teaching purposes in programs aimed at kids. Once I became a breastfeeding mom and looked around, so much of what I saw about breastfeeding in the media really pissed me off.

Whether breastfeeding is part of your experience raising kids or not, I think all moms can agree that American culture tends to judge parents on all methods of feeding their babies. However, I can’t recall seeing a mom in a non-reality television show get called out for bottle feeding her kid. Our culture seems to be more accepting of babies drinking from fake nipples than real ones, especially if you're to take what we see in film, television and journalism as an indication of how we, as a society, view breastfeeding.

Thankfully, we are seeing more positive portrayals of breastfeeding in the media, but it's been a painfully slow process and those positive representations are few and far between. For every breastfeeding image I see that feels relatable, there are so many more that don’t resonate with me at all. I applaud the media for trying to get breastfeeding right, but the pictures they paint are either super sappy and cloying, or just out of touch. So, with that in mind and in the hopes of combating the unrealistic expectations of breastfeeding these images evoke, here are some examples of breastfeeding depictions in the media that moms, or at least this mom, absolutely hate and could definitely do without: