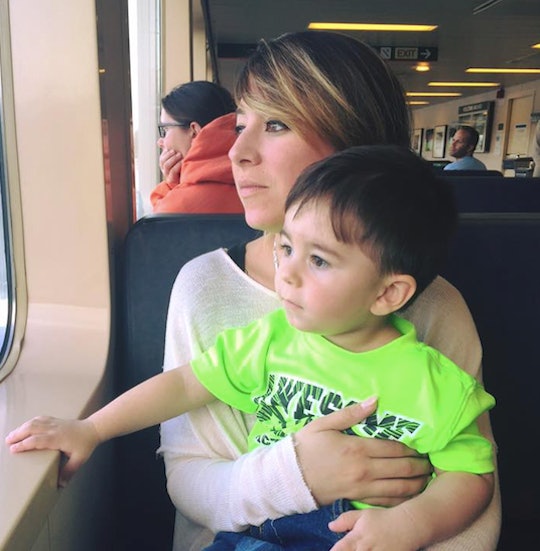 What Breastfeeding As A Sexual Assault Survivor Is Like

The moment I stood in front of the emergency room nurse, checking myself in so a rape kit could be performed, I knew my life would be forever changed. I could almost feel myself changing, turning cold and disconnected and indifferent and fearful as I stared at the whitewashed ceiling of a foreign hospital room while the exam was performed. Shortly after I was sexually assaulted by a coworker, the romantic relationship I had at the time fell apart. I was different, I acted different, and it made sense that those differences would end a long-standing romance. So much about me had changed. I couldn’t leave the house for a significant amount of time or walk alone by myself in public. I felt used and broken. I was disinterested in sex. At the time, it all made sense. But what I couldn’t have possibly imaged — in that initial year or throughout all my years of healing since — was how being a sexual assault survivor would affect my ability to breastfeed my son.

Prior to becoming pregnant with my now almost-2-year-old son, I wanted no part of motherhood. Growing up in an abusive home coupled with self-esteem issues and a constantly vivid, haunting sexual assault made me feel ill-fitted for the role of someone's mom. I had been pregnant before, but terminated the pregnancy as quickly as possible, which freed me from an unhealthy relationship and gave me a chance to better myself and my future. And when two parallel lines showed up on a pregnancy test, years later, at the beginning of the wonderful relationship I’m currently still in, all of those feelings came rushing back: fear, anxiety, self-doubt, panic. However, this time, I knew I could do it. Some hidden part of me pushed itself to the forefront of my mind and whispered, “You can do this. You’re ready.” That voice was right, but it failed to adequately explain just how difficult “doing this” would be for me.

My son would still latch right away, and he would eat to his small heart’s content, but I would feel distant and aloof and almost violated each time he did.

As a sexual assault survivor, I know what it feels like to have the control you normally have over your body taken from you. I know what it feels like to feel completely powerless, to have someone ignore your cries for help, to have someone take from you without asking and without remorse. For me, after pushing through a difficult pregnancy and a long labor and delivery, those feelings resurfaced when I started breastfeeding. And although there was never a doubt in my mind that breastfeeding was something I wanted to experience — for my son’s benefit as well as my own — there was an insurmountable mountain of doubt as to whether or not I could actually do it. I wasn’t worried about being able to sustain my son physically; I knew my body was up to the task. I was, however, terrified that I couldn’t sustain my son; not my body, but me — the still-healing woman who feels painful waves of sadness at inexplicable times because the affects of my own sexual assault are always there, just bubbling beneath the surface.

My son latched immediately after I brought him into this world, and that first feeding was a blur of exhaustion and pain and fear and excitement. The feedings to come, however, would prove significantly more difficult. My son would still latch right away, and he would eat to his small heart’s content, but I would feel distant and aloof and almost violated each time he did. I would look at my bright-eyed, brand new baby and see nothing but pure, palpable innocence as I fed him — the feel of his small hands clutched to my skin as he went about filling his beautiful little belly — yet all I felt within me were the darkest parts of my own humanity. Once again, I felt like I had no control over my body. Although I was willingly giving myself to my baby so that he could be adequately fed, I still felt powerless. I couldn't control what was happening, yet I'd allowed it.

There were plenty of times when the weight of my son against me, his body needing mine so completely, rendered me powerless. Breastfeeding was a job I so deeply wanted to do, but at every turn it felt like my body was being taken from me.

Sometimes, when I felt my son latch, I also felt my attacker's intrusive, violent hands on me. When I looked down and watched my son eat, I could see the bruises on both breasts that my assailant left behind, the ones that eventually faded from my body, but never my mind. Not every breastfeeding session felt like this, but there were plenty of times when the weight of my son against me, his body needing mine so completely, rendered me powerless. Breastfeeding was a job I so deeply wanted to do, but at every turn it felt like my body was being taken from me.

Though breastfeeding my son was, in theory, different, I struggled to get over the fact that he was still using my body in order to get what he needed from it.

But breastfeeding evolved into being more than just a trigger for me. Over time it became less and less of a painful reminder of a time and place I so desperately want to forget. And eventually, breastfeeding simply became what it was: breastfeeding. It took time, patience, and, honestly, an endless stream of tears to get there. If I'd had the means to see a therapist at the time, I would have. Unfortunately, I didn't. So learning how to breastfeed my son after my sexual assault fell on me and my partner. I had to be diligent about my self-care. What did I feel? What did I want? What did I need? Where were my boundaries? I successfully breastfed my son for seven months — not as long as I would've liked but, it was still an amount of time I was incredibly proud of.

And doing so wasn’t always enjoyable. Breastfeeding was, more often than not, a reminder that, at one time in my life, my body, my choices, and my freedom was taken from me. Though breastfeeding my son was, in theory, different, I struggled to get over the fact that he was still using my body in order to get what he needed from it.

But breastfeeding him was also a reminder of my endurance and my strength — a strength that, at times, I forget I have. It was a reminder of the depth of mother’s love and a woman’s power and the freeing act of self-care. It was difficult and debilitating — one of many reasons why I will never shame any woman for how she chooses to feed her child — but it was also wonderful and a bonding experience for us both. I may not have breastfed for long, but I loved building that connection for us both. I am bigger than what happened to me, both then and now. Even though I may never be able to truly forget my sexual assault, I smile knowing that I will never forget the quiet moments I breastfed my sweet son, either.

More Like This
The Covid Vaccine For Kids Under 5 Has Been Sent To The FDA For Review
This Is What Happens To Your Vagina When You Stop Having Sex
Here's Why Wearing Long Sleeves In The Summer Can Be Good For Your Baby
Should You Swaddle Your Baby In The Summer? Here’s How To Dress Them