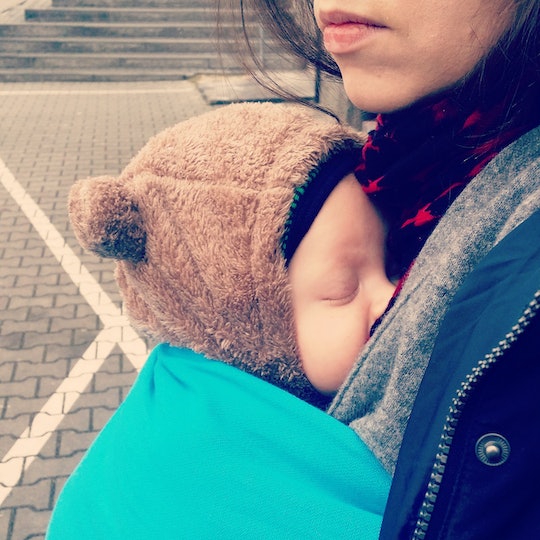 7 Reasons Why You Shouldn't Call It Alternative Parenting

When it comes to parenting, there really is no one right answer. There are a few wrong ones, to be sure — beating our kids, starving them, or letting them turn into Caillou all come to mind — but overall, there are many ways to go about ensuring that our kids are safe, healthy, and happy as they grow into adulthood. That's why we honestly need to stop calling certain parenting decisions "alternative."

Though there have been various kinds of parenting that have been considered "mainstream" over the years, the parenting subcultures I most often hear referred to as "alternative" parenting styles tend to be the ones that some folks might describe as being kind of "hippie-ish" in nature: moms who intentionally plan to birth outside of hospitals; moms who breastfeed beyond six months or a year; folks who babywear, especially if they do so more than they use a stroller or continue to do so well into toddlerhood; parents who co-sleep or use a family bed, especially past early infancy; free range parents; unschooling parents, and so on and so forth.

Even though these parenting choices might be relatively less common in our society (or at least, not as widely shown in the media and held up as "normal"), there are still so many different kinds of parents that it's hard to say there's any set mainstream, so it's even harder to say that anyone who isn't that is "alternative." Plus, "alternative" has a strange connotation in this context. It sounds like an attempt to politely say that someone is weird or wrong, without having to come right out and say that they're weird or wrong. But judgment by any other name, is still judgment. For that reason, and the following others, I think it's a good idea to just ditch the "alternative parenting" label, altogether.