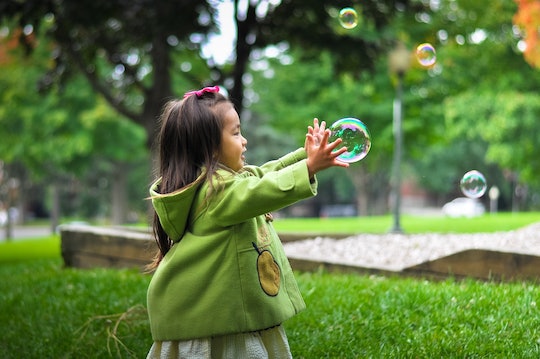 10 Reasons Why Assuming A Kid Is At Risk Is Actually Hurtful, Not Helpful

Remember that old playground saying about, “what happens when we assume”?Turns out, as adults, we risk a lot more than making an ass of ourselves when it comes to assuming things about kids and their parents. Many people assume kids are at greater risk of danger than they really are, when they disagree with their parents' choices on moral grounds, frequently causing them to put kids in real danger when they intervene in response to imaginary danger. That's why assuming a kid is at risk is actually hurtful, not helpful.

For instance, kidnapping by strangers is incredibly rare, yet many Americans believe children should never be allowed to walk around their neighborhoods without an adult, because they’re disproportionately afraid of the possibility of kids being snatched by child predators. As a result, people call the police when they see a child playing outside without a parent, even when the child in question is old enough to do so. Though the child may not have been at much risk before, contact with police officers is scary and traumatic for many, and is especially risky for children and families of color who often face violence when interacting with police. That contact can also lead to interventions that separate families, which could result in children being taken from relatively happy homes and placed into foster care.

If we truly want to be helpful, we should familiarize ourselves with the real risks to kids, and position ourselves to be able to help when needed, rather than just pass judgment. For instance, if we see a child who actually is in danger, like a toddler who managed to break loose and run towards the street, we should just step in and help. Catching that child and returning them to their worried parent is infinitely more helpful than watching them almost get creamed by a passing vehicle, and tut-tutting about how “nobody watches their kids anymore.” In most everyday situations where people assume kids are in danger when they’re really not, assuming a child is at risk and acting on that assumption actually does more harm than good, for the following reasons: