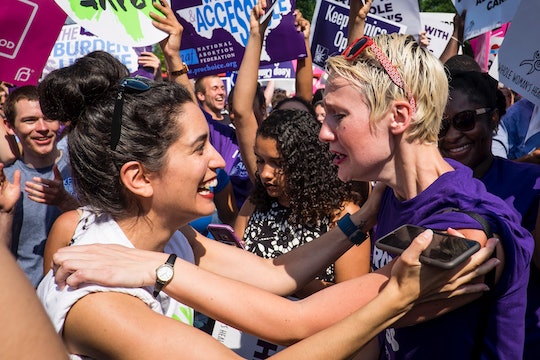 10 Things No One Will Tell You About Your Abortion, But I Will

It's a common medical procedure, but it's often whispered about amongst friends. It's a legal right recently upheld by the United States Supreme Court, but it's being debated on televisions and used in political platforms. It's something I had when I was 23 years old, and wasn't ready, willing or able to become a mother. It's abortion, and it's something 1 in 3 women in the United States will choose for themselves over the course of their lives. As common as it is, sadly, there are things about your abortion that no one will tell you; things that, when hidden or erased from the national conversation concerning women's reproductive health, make women feel like they're alone; things that, when I was 23 years old and walking out of a Planned Parenthood clinic in Bellingham, WA, I desperately needed to know.

I was in a very unhealthy relationship, financially unstable and fresh out of college when I found out I was pregnant. My pregnancy was very unwanted, and felt more like an attack on my person than the result of sex and a few missed birth control pills. It definitely didn't feel like, or in any way was, a "blessing." While I spent a significant amount of time weighing my options and discussing potential decisions, the choice to have an abortion was a relatively easy one, as it was clear I wasn't in a place to become a mom, nor did I want to be one with my then-partner. However, for as simple as that decision and my subsequent abortion were, the aftermath was just as difficult. Anti-choice rhetoric bombarded me via social media, as certain friends and family members and acquaintances "weighed in" on the national abortion conversation. I was called a murderer by unknowing friends. I was labeled as a "slut" by oblivious family members. I was attacked by certain people who did know I had an abortion, and bombarded with unrealistic pictures of what anti-choice advocates pass off as aborted fetuses. I was asked questions like, "Why?" and "How?" and, as a result, I suffered.

What women hear about their abortions, no doubt, shapes their potential reactions to them. How we, as a society, continue to talk about reproductive health and reproductive rights, no doubt has an impact on women and the decisions they know they need to make for themselves and their bodies. Until the national conversation changes in a drastic and long-lasting way, the best we can do is be supportive of all women, whatever they choose, and let the women who choose abortion know the following: