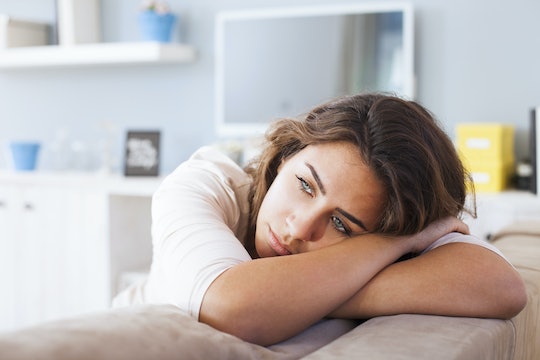 If you find that you are unable to breastfeed — whether that be as soon as your baby is born or later on in their life — it can be an incredibly rattling and difficult thing to handle (especially if you had your heart set on breastfeeding). I know because I was one of those people. I knew that some women are not able to breastfeed at all so I had mentally prepared myself for that possibility before I tried breastfeeding my daughter. However, I thought that if I could breastfeed initially, my supply would remain relatively the same until I needed and wanted my daughter to start weaning. Sadly, I was wrong.

My supply disappeared completely after only six weeks of breastfeeding and I soon found myself having to learn how to cope with that loss, amongst the "breast is best" and "breastfeeding is natural" messages. I was a difficult transition, and it wasn't easy to be kind to myself when I heard from so many people (directly or indirectly) that I had "failed." So, if you're struggling with the realization that you're not physically able to breastfeed, my advice is as follows: don't give in to negativity and respond to your inability to breastfeed in the worst ways possible. Instead, seek out support groups and, most importantly, know that you are not alone.