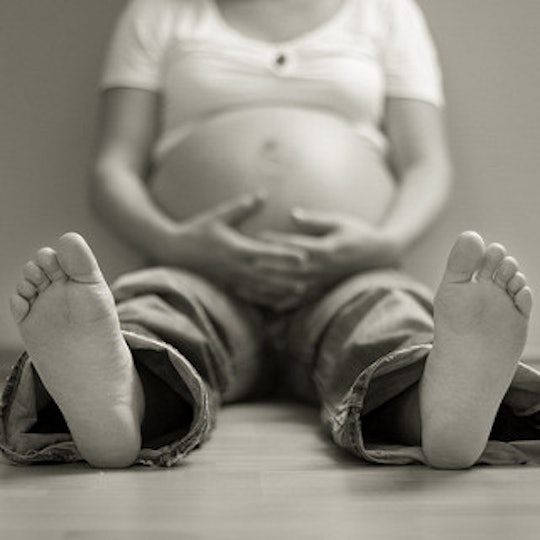 Alright, I'm going to say it: I hated being pregnant. The moments in which I actually enjoyed harboring a fetus for 40+ weeks were few and far between. I was miserable the majority of my pregnancy: violently nauseous, horribly constipated, and dealing with terrifying pregnancy complications that made the entire experience far from ideal.

However, I felt some subtle yet palpable shame and judgement when I voiced my discontent. As a woman, I'm told that I should love being pregnant. I should feel in touch with my femininity, like a life-giving goddess who feels one with her body in a way she has never experienced before. Yeah, whatever. That didn't happen. I mean, not even close. And because that didn't happen, I was made to feel — by other mothers, by men who couldn't possibly understand what it feels like to get pregnant, and by society in general — that I was defective. Something must be wrong with me if I don't enjoy the one thing my body is supposedly (according to what we're taught) made to do. Many people assume that if you hate being pregnant, you'll hate being a mother. Others believe that you're not thankful for the ability to procreate in the first place, as there are plenty of couples who would love to (and sadly, cannot) get pregnant.

But the truth is, there's absolutely nothing wrong with truly hating being pregnant. It doesn't mean you're going to hate motherhood, it doesn't mean you're a defective woman, and it definitely doesn't mean you're not thankful for the opportunity to reproduce. It just means that, yeah, pregnancy can be miserable, and you don't have to enjoy the bad parts — or really any part — of losing control of your body to a growing summer squash.

So, with that in mind, here are 10 reasons why women who hate being pregnant should talk about it more. Because those of us who didn't appreciate pregnancy, aren't alone, and there's no reason we should continue to feel that way.

More Like This
How To Tell Your In-Laws You’re Pregnant
I’m A Newly Single Mom. How Do I Get Over My Body Insecurity?
30 Marvelous Baby Boy Names That Start With “M”
A New Survey Shows 74% Of Women Would Drain Their Savings On Maternity Leave