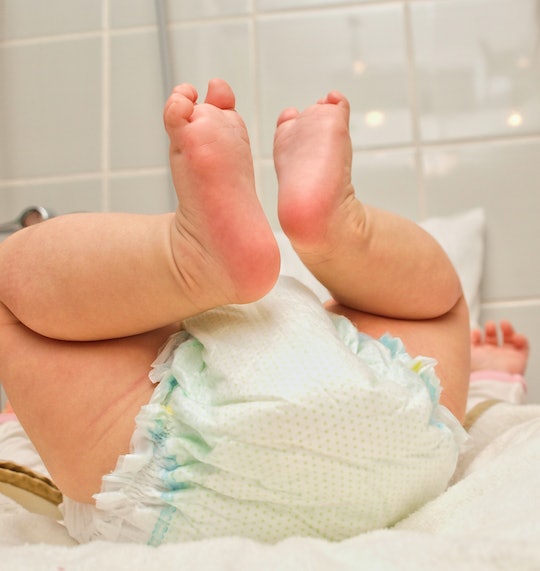 I was previously an aspiring crunchy mom that really, and I mean really, wanted to cloth diaper. So it may surprise everyone that I ended up a tried-and-true disposable diaper-using mom. I mean, I know it would surprise pre-baby me. It was an accident, though! I swear! It's not like I meant to go through the stages of accidentally transitioning to disposable diapers. A new, sleep-deprived, exhausted mom doesn't necessary plan for these things.

Although I don't recall every detail of why I wanted to cloth diaper, I'm pretty positive that one of the reasons I felt so strongly about it is I thought it would be better for the environment. It turns out, however, that the environmental benefit of cloth versus disposable diapers isn't that clear cut or obvious. As the Washington Post reported back in 2015, a lot of studies are finding that cloth diapering has about the same environmental impact as disposable diapering. Who knew, right?

Whatever the reason, I was committed and then, eventually and unusually, not-so-much committed to cloth diapering. Sometimes I feel a twinge when I see a cloth diapered baby, as if I should've done more to make it happen. Then I have to ask myself, "Is it really that big of a deal?" So with that in mind and whether you want to avoid the accidental switch, or usher it in intentionally, here are the stages of eventually transitioning to disposable diapers: