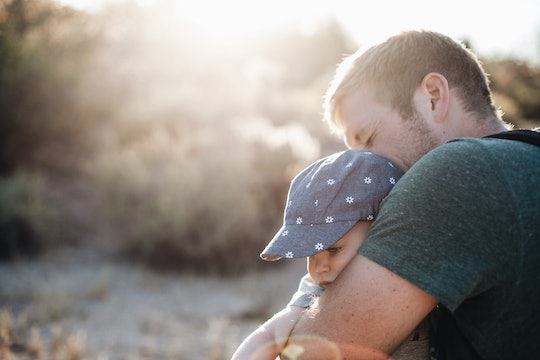 10 Things All Kids (And Parents) Need To Understand About Feelings

I was out with my toddler when we both saw a big cake. He asked, I said no, he cried and threw himself to the ground. I picked him up, telling him, “I see how disappointed you are because I said ‘no cake.’ Cake will make us feel sick when we haven't had our meal, though, so we can't have it.” Just then, a passing stranger shook her head, muttering that I was making my son “soft.” I rolled my eyes, then turned back to him. There are things kids need to understand about feelings, especially before they become adults, and it's important to me to teach them, even if strangers think I'm being “soft” on my kid (or whatever.)

The thing was, he wasn’t misbehaving. He was having a normal toddler response to a disappointment, and I didn’t need to punish him for that. Acknowledging his feelings isn’t making him “soft” (whatever that means), it’s giving him language to describe how he feels so, someday, he won’t have to throw himself on the ground (or worse) to express himself. It’s also me showing him that I understand where he’s coming from, and that his feelings are normal, even as I hold the boundary that I’ve set. It’s giving him the chance to see that he can feel bad one moment, be comforted, and then move on and be OK, without having to stifle or judge his feelings.

I talk a lot about feelings with our kids, because I've seen (and lived) what happens to people when we don't. I don't want my son to be shamed into stuffing his feelings, only to violently lash out when he can no longer bear the pain of denying his own experiences. I don't want my stepdaughter to learn to dismiss her feelings as “overreacting,” and then second-guess her instincts when someone attempts to lead her into a situation where she's unsafe. Unfortunately, folks in our society are often pretty hostile to the idea of taking feelings seriously, so I know we're fighting an uphill battle. But as parents, I strongly believe that we have to do something differently if we don't want our kids to become part of our society’s awful statistics related to bullying, harassment, violence, addiction, suicide, and more.