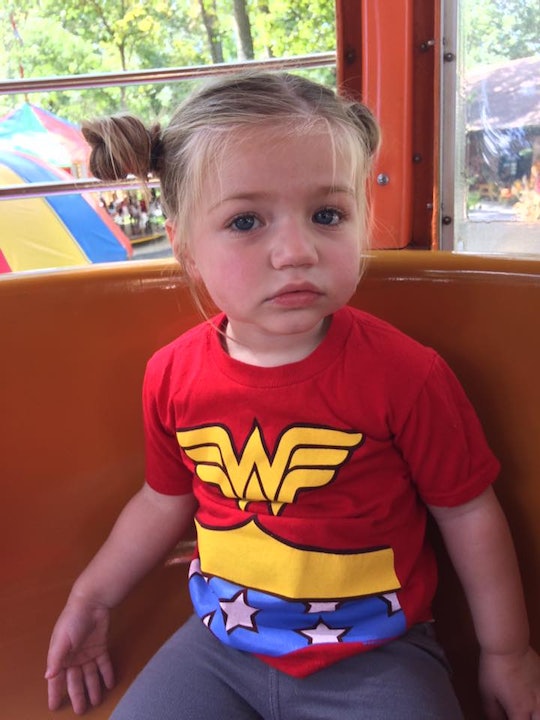 I will assert, confidently, that toddlers are natural feminists. Until you tell them otherwise, they don't see their personalities, interests, or ambitions as being informed (or ruled) by their sex. They don't have any notions that girls or boys can't do anything based on their gender. They're just, you know, themselves. Kids believe anything is possible: when my uncle was a 4-year-old kid he said he wanted to be a horse when he grew up (keep dreaming, Uncle Mark). There are moments your toddler will make you a proud feminist because you will see, firsthand, how it's in their heart, blood, and soul without you even having to do anything.

This isn't to say, of course, that children are born with an encyclopedic knowledge of the works of bell hooks and a muzak version of "Born This Way" playing in their heads. It's also not to say that boys and girls will not have gender confirming preferences or behaviors. While the research isn't conclusive, I'm sure we all know lots of girls who naturally gravitate toward dolls and boys who gravitate towards trucks. (My own children, for example, are usually pretty predictable in this regard; my daughter loves to cuddle dolls and my son used to run his over with his trucks.) But feminism isn't about going out of your way to subvert gender norms regardless of personal preference. It's about being free to be yourself and have equal opportunities regardless of one's sex and gender expression, and the freedom to express gender as an authentic reflection of who you are as a person. Toddlers are really good at authenticity and not caring what anyone thinks about what they should do.

Children aren't particularly interested in smashing the patriarchy, largely because the concept of malevolent, regressive forces don't exist for them yet. But that in and of itself is likely to instill joy in the hearts of feminist parents. With encouragement, those natural instincts to completely disregard the choir of voices telling children to change themselves based on sex and gender will stick. So, with that in mind, here are a few moments that'll give you hope for the feminist future: