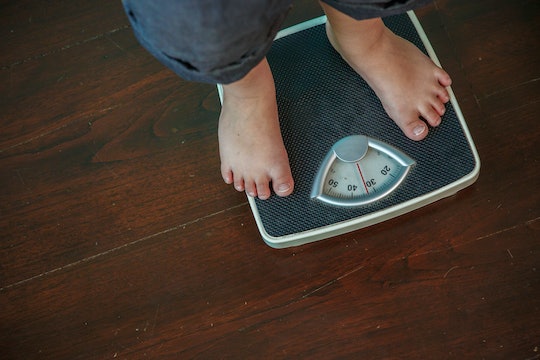 Every parent wants better for their children than they had. My childhood was wonderful: I was happy, safe, tremendously loved, and supported. Still, I strive to ensure my children don't have to go through what I went through when it comes to a sense of shame. I grew up fat, and even though the people who matter the most in my life — my parents and my friends — accepted me for who I was, I did not escape fat shaming, and comments made about fat kids bodies affect them later in life.

I was born "big," at 9 pounds 11 ounces, and I stayed "big." I had a round tummy and thick legs and I was tall. By the time I was in 4th grade I was towering over my peers. I was fatter than the rest of them and while I never called myself fat, I was. Back then, though, I attributed my fatness with my height. I was an "Amazon" and I told myself that in a year or so I would stop gaining weight and inevitably sprout to 5'8" and join the ranks of the '90s supermodels I had come to covet.

I was still "on track" in 5th grade, and while I was still taller than the majority of my friends they were quickly catching up. In 6th grade I shot up another 2.5 inches, and then I stopped. Forever. I topped out in the height department, but I didn't stop gaining weight. In fact, between 6th and 8th grade I gained a lot of weight, something to the tune of 50 pounds. For those of you unfamiliar with middle school (or have somehow magically and luckily forgotten) middle school is a terrible time to gain a lot of weight. Other children (fat, thin, and in-between) are insecure to the point of ravenousness, and a fat kid makes a fine meal. This is also when relatives, loved ones, and random strangers begin to become "concerned." This is when I really, truly, learned to be ashamed of my fat.

Fat cells, also known as adipocytes, don't go away even if you lose the weight. They just lose their fat content and shrink. The shame of ever having been fat, or being fat, sinks between those cells, settling in until it's as much a part of you as your skin and bones, and its effects go on and evolve as the years go by.