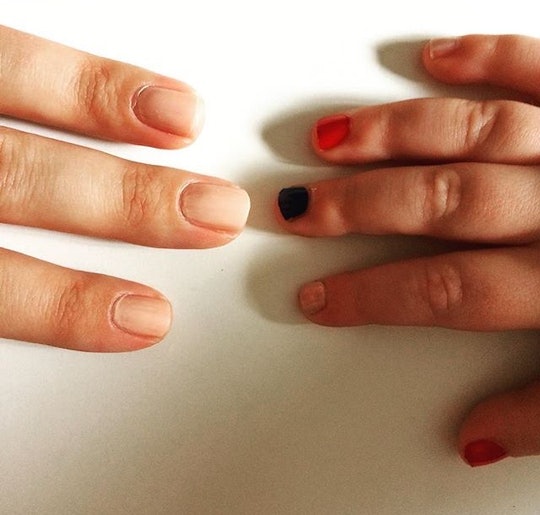 Last year my partner came up with an idea for what to do for our family holiday cards. (We've never actually sent any, but we always brainstorm ideas.) "You know what would be cool? A totally typical picture, but everyone's wearing t-shirts that say, 'This Is What A Feminist Looks Like.' That would be badass. And I think we should put [our son] right up front, because I think some people would find that jarring." My dude sure knows what Christmas is all about: unsettling older relatives. What can I say? Feminist parents raise boys differently.

Ensuring that we parent both our son and daughter as feminists is something that is extremely important to my partner and me. It probably because both of us were instilled with feminist ideals and values from as far back as either of us can remember. Also, of course, because we look around and see that the world is a hot mess and we want to raise our kids to make it better. When we tell people the aforementioned, they get why we think it's important for our daughter. The desire to lift up girls and promote "girl power" (thank you, Spice Girls, for everything you've done for my generation) is pretty pervasive and largely seen as a good thing. However, and for whatever reason, people find raising a son to be a feminist as confusing or mildly amusing. But, like, doesn't this just make sense to teach our white, middle class son about feminist issues? In addition to the fact that we believe these are important values to possess as a person, our son will (almost certainly) have male privilege on his side as he moves forward in the world, and as such will perhaps be better positioned to effect positive social change which, as previously mentioned, the world desperately needs.

So, while most of our parenting basically boils down to the same principles that guide millions of conscientious parents determined to raise model citizens, there are a few things that feminist parents do differently when it comes to their boys, including the following: