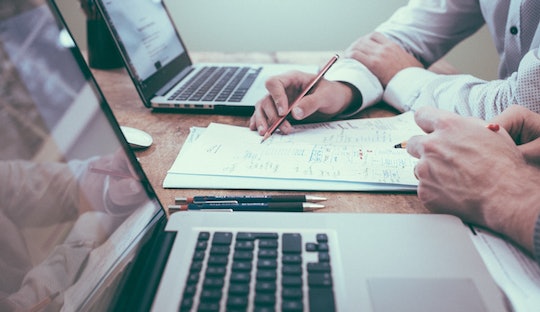 I have pretty much always loved my name, but my entire life has been devoted to correcting people’s attempted spelling and pronunciation of it. In fact, when my mom told me that they had been considering naming me "Victoria," I spent a brief time dreaming of how nobody would ever ask me how to spell it. Choosing your baby’s name is no small thing, after all. It's weird, when you think about it, that we are (through no earned due on our part) given the huge responsibility of choosing something that will come to define so much about another person; another person who, for the record, did not choose us for the job.

My aunt hated her name for her whole life. So much, in fact, that she finally changed it officially in her 30s. She just did not feel that she was the name my grandparents gave her. Interestingly, my mom (her sister) felt the same way about her middle name, although she never changed it. I have another friend who modified her name as an adult as well.

My partner and I were not exactly at odds on either of our children’s names. We just couldn’t commit. In fact, our daughter’s name was decided on the drive home from the hospital, when I turned to my husband and said, “So what do we tell people her name is? Our parents will ask.” We had an entire booklet of potential names that my stepdaughter had come up with and given us, complete with meanings. Thankfully, one of the names we had in mind to begin with was on the list, so that was what decided it.

If you're having more problems than we did, though, here are some suggestions: