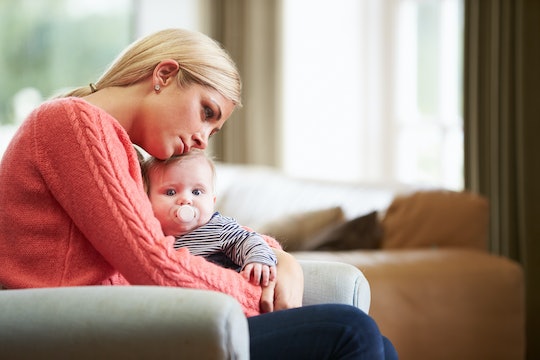 It’s been a while now since I’ve been a fearful first-time mom. My Biggest Little was 7 this fall (side note: ugh). When I was pregnant with her I was pretty significantly worried about everything. All the things, actually. Picture gag-on-my-lunch-queasy-stomach-panic-type-worry, in fact. However, for getter or worse, I know there are some weird things all first-time moms worry about, so at least I knew I wasn't alone.

I remember vividly standing in the tiny, box-sized kitchen of our studio apartment shaking with anxiety-ridden sobs sometime in the first trimester. I was snotting and sobbing all over my partner's shirt trying to convince him to be as absolutely petrified about something very serious as I was. He stood there gingerly holding me. If I'm honest, he was probably thinking: What in ever-loving hell did I get myself into making a person with this irrational sopping, booger tornado?! And though he is known for an often inappropriate level of honesty, he didn't say any of this. He just stood there, holding me.

While those pregnancy fears are pretty intense, no amount of people telling you to relax is going to help you. So, if you're like me, you grit your teeth and bear the 40 week (more or less) panic attack, while telling everyone you're dealing with stress by meditating and doing yoga. (When in reality you're binge-watching Battlestar Galactica, eating Sexy Pizza and guzzling root beer which is the only thing that stays in your stomach). When the baby comes out, however, it's a whole other level of mama-craze.

Worries are normal. Seek out people who will help you normalize all that normal, new-mom size worry (Did I mention it’s normal?) and allow yourself the ability to commiserate guilt-free.