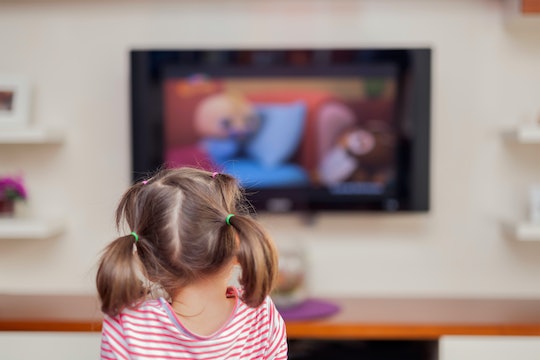 Like many parents, I started off motherhood swearing I would rarely (if ever) allow my son to watch TV or use my phone for a significant amount of time. I figured infants and toddlers have no reason to ever invest in screen time. I even believed that this would work for someone like me, an avid TV watcher and media fan. I tried to refrain, but as it turns out, everyone in my home is a bit of a screen junkie. So, I decided that maybe giving my toddler screen time doesn’t make me a terrible mother.

It wasn’t long before my son was counting numbers with Bob the Train, or before he could recognize all of the Thomas and Friends characters, or sing along with Hattie the Hamster. I allow my son to watch cartoons, though I try to make sure they’re appropriate and that he’s learning something, too. He doesn’t have an iPad yet, but I do let him watch YouTube Kids on my phone when we're at a restaurant and he's having a melt down. Usually, he just looks on passively while playing with his toy cars. It works for us, especially in stressful moments, so I make no apologies for the amount of screen time I've decided my kid can have.

Perhaps that makes me a lazy mom, but when I'm working-from-home and need to take the occasional pause, screen time helps. Like, a lot. While I don’t give my kid unlimited screen time, I certainly don’t judge parents on how they use or limit screens for their kids, and here's why:

More Like This
Festive Mommy & Me Holiday Nail Ideas To Try
101 Advent Calendar Activities, From Books To Read To Cookies To Bake
Real Parents Share What Time They Let Their Kids Rip Into Gifts On Christmas Morning
The 35 Top Toys For 3-Year-Olds