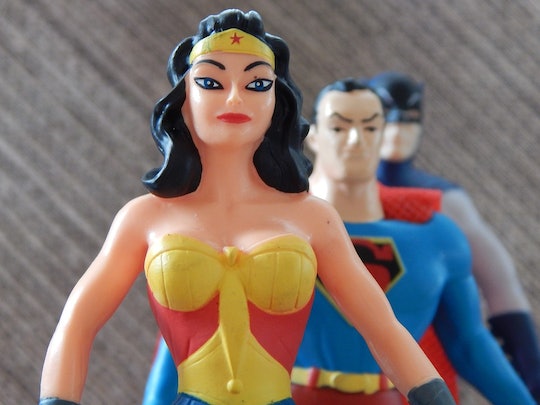 11 Signs You're The Geek Mom Everyone Wants To Be

Nerd icon Wil Wheaton defined, rather perfectly, what it means to be a geek. "Being a nerd is not about what you love," he said. "It’s about the way that you love it." Makes sense, right? To me, someone obsessed with fantasy football is just as geeky as someone obsessed with Star Trek. People seem to accept the geek sobriquet these days — nerds have a little more cache than we used to — so, fortunately, I'm not expected to give up my geekiness just because I'm a mom. in fact, there are signs you're the geek mom everyone wants to be that only highlight a mom's geekiness. You just need to know where to look.

As a kid, I was well aware that my deep and abiding love of Star Wars (along with the fact that half of the books I read featured dragons or unicorns) sealed my nerdy fate. However, I'm aware that other people who absolutely fit the geek bill, may not see themselves as such, largely because we sci-fi/fantasy/comic book geeks tend to be the only ones that spring to mind when someone imagines a nerd. But being a geek can come in many shapes and forms. Indeed, there's a multitude of wondrous geeks out there. Musical theater geeks; policy geeks; crafting geeks; history geeks; literature geeks; math geeks; car geeks; architecture geeks, and this is to say nothing of overlap. (Yes, there's a ton of overlap, because that desire to delve deeply into an interest is often an aspect of one's personality that transcends the interests themselves.)

Seriously, you can get nerdy about literally anything. If it takes up enough space in your brain and life, congratulations: You're a nerd now! But how can you know for sure that you're without a doubt a geek mom? If you notice any of the following signs, it's safe to say you're in the club. Welcome.

More Like This
9 Surprising Signs You Might Have A Sugar Intolerance
Ginger Zee Had A Perfect Response After A Troll Asked Her "Who's Raising Your Kids?"
It's A Beautiful Day In Jenny Slate’s Neighborhood
These Boys Saved Their Dad From Drowning With CPR They Learned From The Sandlot