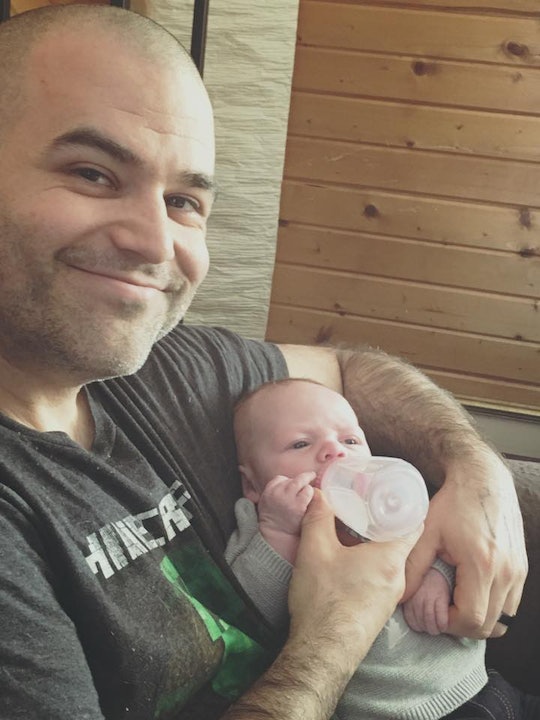 11 Things Dads Shouldn't Be Blamed For

People in our culture have different expectations of dads than they do of moms. It can be so frustrating when dads are praised for completing even the most basic parenting tasks, while moms, who do these things (and more) every damn day, receive no credit or are criticized when they don't do them perfectly. It's easy to blame dads for this power imbalance, because they are often easy targets but, honestly, there are things dad shouldn't be blamed for.

Hear me out. While it's easy to blame them for being off the hook for (and, let's face it, occasionally incompetent) at the things moms are expected to be awesome at, dads are not personally responsible for outdated and unfair social norms and constructs around gender and labor within relationships. The patriarchy may benefit men, but it can hurt them, too, and we need men who are willing to change, to fight it.

I'm lucky to have a partner who doesn't really care about traditional gender roles. We divide tasks in our household pretty evenly and not always in a gender normative manner. People are constantly surprised by things we take for granted. For example, I recently had a baby, and my husband's employer was shocked when he said he was tired from being up early with our newborn. "Isn't that your wife's job?" Yuck.

We need to start giving dads credit where credit is due and stop blaming them entirely for the imbalance of labor that exists in modern families where moms are expected to do it all and dads often get a pass. If we want dads to take on more physical and emotional labor in families, we need to help them learn new ways of being a partner and being a parent that is often way different from how they were raised, and that takes more forgiveness, and less blame.