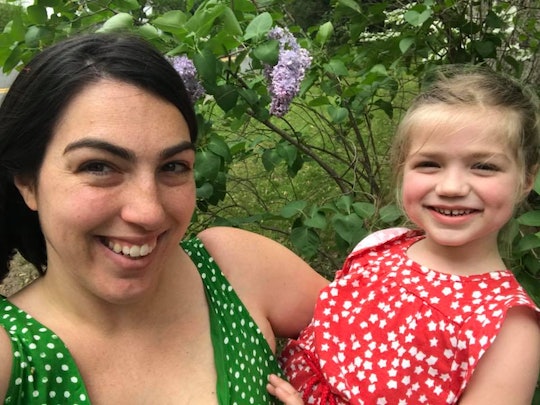 In some circles, "feminism" is a cringe-worthy and dreadful word. So I guess people within those circles would be pretty horrified to know that feminism is one of the key principles I hope to instill in my daughter. And even though she's only 4, her father and I have already engaged her in feminist discussions. But to those who may currently be mid-pearlclutch, there are things raising your daughter to be a feminist does not mean, because, honestly, it's not all that scary.

And, to be clear, I don't think most people really give a you-know-what about my feminism, or the idea that I'm raising my daughter with those ideals. Most people are all about it. "Girl power!" "Yay baby girl! You're going to rule the world!" and "The future is female!" More still are just sort of "whatever" about it, and that's fine by me, too (though I'll always try to make a feminist convert, I'm not going to lie). But even among the supporters and the "meh" people are a lot of misconceptions about what it means to raise your child to be a feminist.

In other words, raising my daughter to believe in "the social, political, and economic equality of the sexes" isn't a big deal. In fact, it should be considered the norm when it comes to how we raise our children. But if you're still unconvinced, or somehow afraid of feminism, here are some things you really don't have to worry in regards to my parenting: