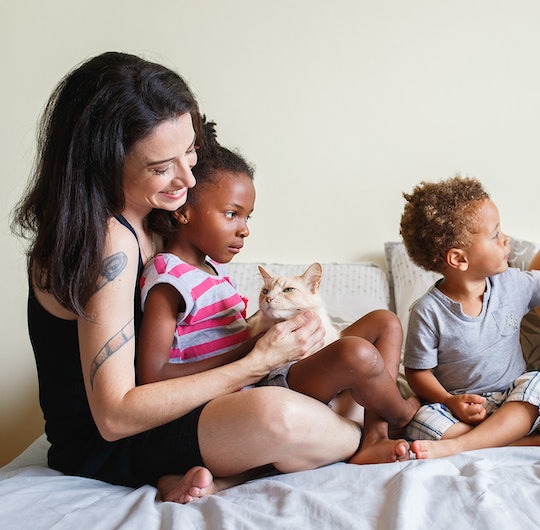 Growing up can be rough. By “can be,” I mean "most definitely is." Most of us experienced our fair share of teasing and bullying and, if you’re a woman, you have most likely experienced some form of slut-shaming. Slut-shaming can be devastating to girls and women. Whether it’s happening in the middle school cafeteria or Twitter, the classroom or the break room, the soccer field or the job interview, slut-shaming creates a dangerously negative identity for the person its thrust upon. A woman who has multiple sexual partners is labeled as a “slut” while male counterparts are congratulated for their sexual experience. But did you know that a great deal of slut-shaming, most often and at its core, has nothing to do with sexual behavior?

Too frequently, a woman who speaks out with authority or challenges the status quo is called a "slut" and threatened with sexual violence. This happens (to simplify a bit) because a woman exhibiting power can only be interpreted sexual since, from a broad social standpoint, women are inherently viewed as sexual objects. And when a woman makes a display of sexual power (which, again, can literally be any gesture of power or authority, no matter how empirically desexualized it is; it will read as unspokenly sexual because it's being executed by a woman, who is a sex object), she is called a "slut." That's what it comes down to: You can't be a woman without every moment of your life being interpreted sexually, which means you can't be powerful in any regard without being viewed as subsequently sexually aggressive, and you can't be that when you're a woman without being a slut. Phew. What a shitshow.

It’s not uncommon for a girl to be labeled as a slut without ever having a sexual experience. The nature of this epidemic disproportionately targets women but also makes them more likely to become victims of sexual violence – often dismissed and blamed on the victim because they have been labeled as sluts. What can we do to stop slut-shaming? Here are some ways feminist moms raise kids who won’t slut shame others (and they have nothing to do with sex):