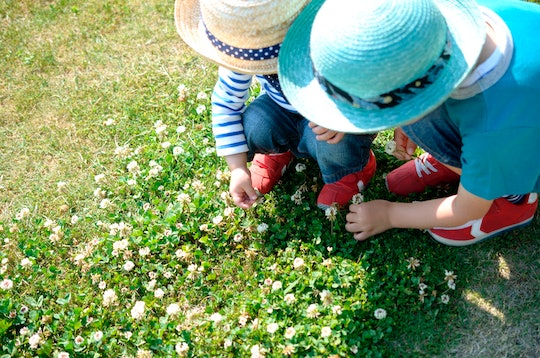 Having Kids That Are Far Apart In Age Is The Best

After months of watching me chase down my 2-year-old son, it's started become a running (pun originally unintended, but now I'm keeping it) joke in my neighborhood that we all expect him to bring home a gold medal in sprinting some day. It's nice to not have to worry about going to the gym, but it's also frightening that he just bolts without any awareness of his surroundings.

Except when my 10-year-old stepdaughter is around, that is. One of the awesome things about having kids that are far apart in age is that your older kid can help you out when your younger kid is being more than a handful. He's often way more willing to listen to her the first time she says something than when an adult tells him the same thing, too, which is simultaneously really sweet (that he loves and admires her so much) and infuriating (I literally made you, Kid! I can halfway see you ignoring these other people, but not me!).

Now, not all kids are typically-developing, so the following things don't necessarily apply to all families. But for those of us it does apply to, it's a pretty sweet set-up. Obviously, there are advantages and drawbacks to every kind of family and different ways of spacing kids (or having an only child). But while I didn't always picture my family including kids who were spaced out in age, now that I've actually experienced it I wouldn't have it any other way. Having kids who are far apart in age is amazing, because: