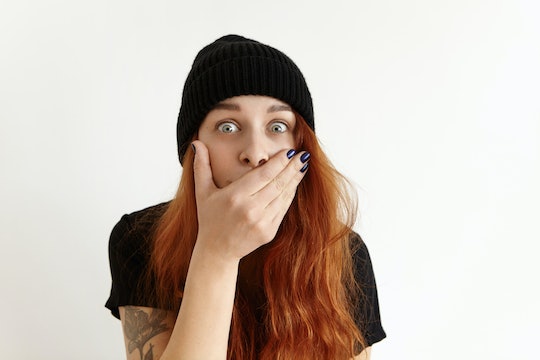 12 Mom Habits I Definitely Lie About

I didn't used to lie, though. I used to tell people the hard knock truth about my parenting. I used to believe that if I showed what real (or at least my real) parenting looks like, more moms would take down their guards and start behaving like normal human beings with flaws and the capacity to make mistakes. I used to tell everyone that I curse in front of my kids, that I feed my kids chicken nuggets when we are in a rush, that I leave my toddler unattended while I take a shower, and that I turn on the television on Saturday mornings so my kids can watch a show (or three) while I continue sleeping.

I used to be so honest with everyone, but then people started throwing unpleasant looks my way and said things like, "Hmmm, interesting." So, I leave to truth for my close friends. Everyone else gets the watered down version of my parenting. You know, the version that makes them happy.