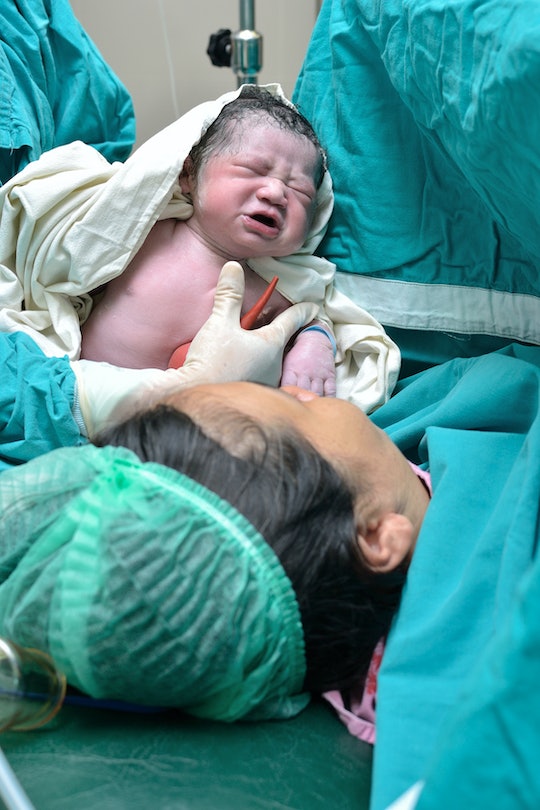 The cool thing about becoming a mom is, all of a sudden, you're the one making the rules. It's pretty neat. Of course, in these exhilarating times one can become mad with power and, in that madness, think themselves above the laws of nature and eventually self-destruct. I'm talking about postpartum recovery. Alas, even though you are the one in charge now, you still need to take care of yourself and listen to your doctor or midwife. There's no getting around the fact that there are rules to follow when recovering from a c-section, and if you try to play with those rules, honey, you're only playing yourself.

Look, I get it: you just met your little human after months and months of wanting to meet them. Plus you've been pregnant for ages and being pregnant was potentially miserable and now that you're no longer growing another human being inside your body you want to make up for lost time. Plus, there's a massive amount of stuff to do and learn and clean and you want to keep on top of it all. Now, this is the part where doctors, nurses, and midwives will tell you, wisely, that you need to give your body time to heal before you dive into all this stuff. Your healing is more important than getting the dishwasher emptied or the laundry folded. In fact, let me give you some #momtruth that will perhaps be more convincing. Ready? You're going to do all that stuff better and more efficiently if you let yourself heal first.

When you try to do everything before you're ready, one of two things will happen. Scenario One: you try valiantly, but you can't quite do it all so you feel upset that you have a ton of half-finished projects around the house and you start to assume you can't manage and before you know it you're stuck in a defeated-feeling shame spiral. Scenario Two: you magically manage to do it all, but you feel as though you were hit by a truck. But now you feel like you've set your standard for yourself and you spend weeks, months, or even years pushing yourself to a breaking point for things that, ultimately, aren't all that important in the long run and certainly not more important than your mental and physical health. In both scenarios, you're only prolonging the time you're going to feel crappy.

So, instead of putting yourself in a no-win situation, let's just avoid all of that by adhering to the following rules: