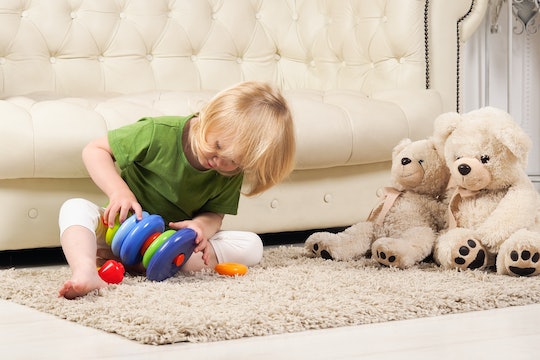 12 Signs Your Kid Is A Sociopath

After a career spent looking after little ones, it's become quite apparent (to me) that children are, you know, evil. There's a very good reason why Children Of The Corn and The Omen made such fantastically horrific movies. There's truth in fiction, my friends. So, honestly, it's probably worth it to be on the lookout for signs your kid is a sociopath, that don't include the traditional harbingers of destruction like frogs falling from the sky or a plague of locusts.

Reading over a list of sociopathic tendencies and traits of the criminally ill is like reading a page from Dr. Sears' handbook. Kids and sociopaths are basically the same people: egomaniacs who have little regard for other people's feelings. Sure, children are adorable and lack the ability to understand social cues or appropriate behavior or the world they've entered but, if we're being honest, we can't deny that babies are also single minded and persevere until they get what they want (and they always get what they want). They can turn your world upside down in a matter of seconds, leaving you nothing more than a guilt-ridden, shame-filled wreck.

Sociopaths walk among us, at a rate of 1 in 25 people, according to Harvard psychologist Martha Stout, author of The Sociopath Next Door. Sure, that statistic is a little daunting, but the vast majority of those sociopaths are probably children so, really, you might not have to look very far to find one. In fact, a sociopath is probably throwing a tantrum right next to you.