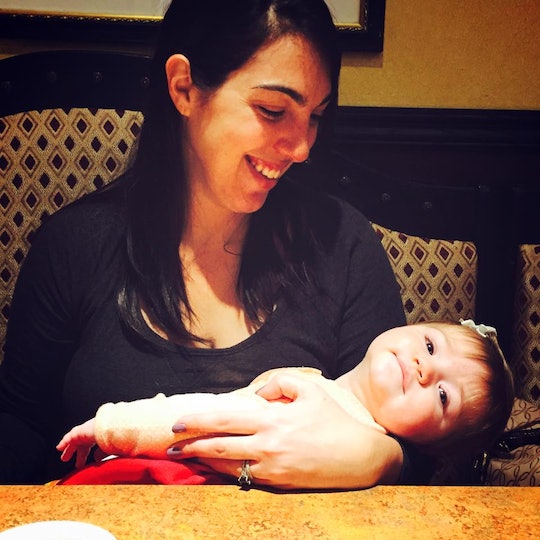 "Toddler" is sort of a blurry definition. For some, a baby becomes a toddler when they turn 1, and for others this magical transformation happens when the baby starts walking. I feel like when your child is a toddler you just know, and that milestone varies from child to child. (For example, I think my son, who was full-blown walking at 9 months old, was a toddler before my more chill daughter.) So when I say there were things I did for myself before my baby became a toddler, I mean "things I did for myself in the early days of parenting."

At the time, those early days seemed never-ending. And even now, with those days behind me, they loom large in my mind. My kids are 7 and 4 now and I feel like the first three months of motherhood lasted a whole lot longer than the entirety of, say, year three. But the truth is that even though the "pre-toddler times" don't actually last too long, there's a lot that happens during that timeframe.

Most of what happens during the "pre-toddler period" revolve around your baby, and necessarily so (they are bad at doing, like, anything for themselves), but that doesn't mean there aren't some things that have to be for you and you alone. You don't suddenly stop being important once you pop out a kid. You're still a person! You still matter! And you're not a bad mom if some of what you do is motivated by entirely personal reasons. So with that in mind, here are just some of the things I did for me: