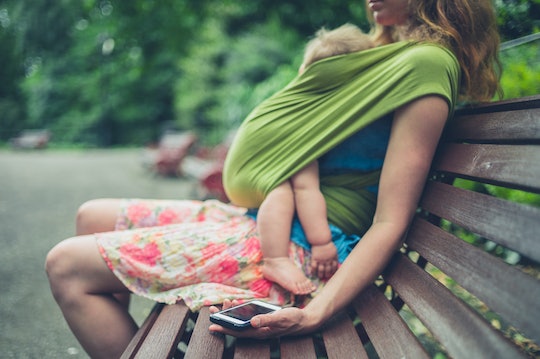 Depending on who you ask, millennials are either the best or the worst parents ever. Generational characteristics run the gamut from compassionate, idealistic, and progressive to entitled, narcissistic, and lazy. They're generalizations at best and stereotypes at worst, but there's no doubt that every generation raises children differently. Millennial moms and dads have a lot of things going for them, but older Americans aren't impressed. In fact, there are quite a few things millennial parents do that horrify '80s parents.

I'm an Xennial mom, so I'm guilty of roughly half of these. That makes sense, since I'm part of a micro-generation born between 1977-1983 that serves as a bridge between Digital Natives and Generation X. I had a classic '80s childhood, full of making mud pies in the front yard, watching Sesame Street, and cutting My Little Pony's hair while unsupervised with scissors. It was great, and I admire the Love and Logic approach my mom used. I consider myself a lighthouse parent (a happy medium between helicopter and free-range), but I often fall into the millennial traps of posting too much on social media and being overly protective.

There's plenty millennial parents are doing right, from teaching their kids to be open-minded to being environmentally conscious in their parenting decisions. However, I'm the first to admit we can be a little "extra," and when '80s parents roll their eyes over the following, they're not totally wrong: