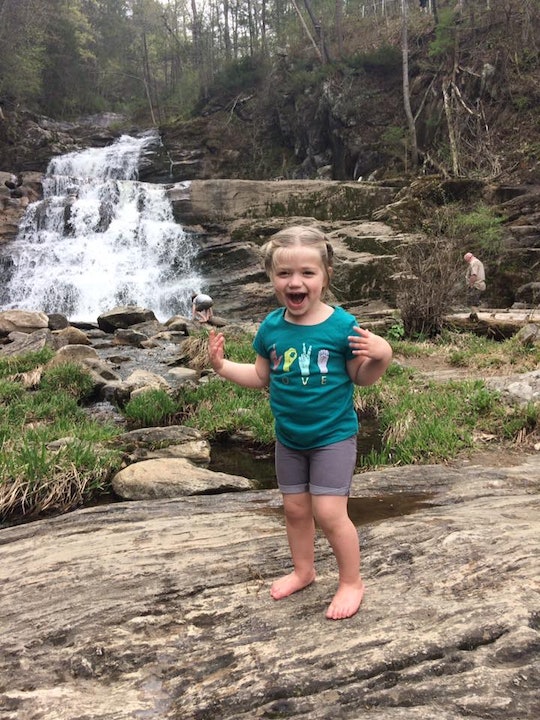 13 Little Ways To Teach Your Daughter To Take Up Space

If you've never read Chimamanda Ngozi Adichie (or listened to Beyoncé's "Flawless" for some inexplicable reason) allow me to introduce you to one of her most iconic quotes: “We teach girls to shrink themselves, to make themselves smaller. We say to girls, you can have ambition, but not too much. You should aim to be successful, but not too successful. Otherwise, you would threaten the man." Socially and, yes, physically, we train girls to be inconspicuous, smaller, and less. So how can we counter this? How can you teach your daughter to unapologetically take up space?

At first blush, this idea perhaps sounds like some sort of out-there feminist agenda conspiracy theory. "What do you mean women aren't allowed to take up space? That's crazy!" But, if you really stop and think about it, is it? "Femininity," as it is usually imagined by mainstream society, is usually dainty, petite, quiet, and demure. Femininity is often also linked with another social preoccupation: thinness. And let's be clear: the pressure female-bodied people face to fit within these very narrow confines of what it means to be "feminine" is tremendous. So, how do we fight it? Because make no mistake, it is worth fighting.

As with anything to do with instilling values in your children, it's just as much about how you make them feel about themselves as how you treat yourself and others out in the world. Modeling assertive, confident, expansive behavior is probably going to do more for them, in the long-run, than telling them to be assertive, confident, and expansive. Still, I could (read: will) argue that both approaches work best in tandem. Here are some specifics you can try to encourage your daughter to unabashedly (and appropriately) spread her wings.