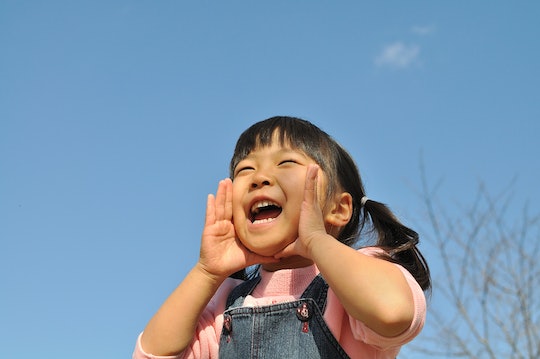 How To Teach Your Daughter Her Voice Matters

Prior to having my daughter, I honestly I didn't pay too much attention to how women were treated in our society. A few reasons were at play: my naïveté and age, family structure, complacency, normalization of gender roles, lack of strong female role models, and probably my focus on other things like boys and education. Now that I'm a mother to a girl, though, and now that I realize women are often literally and figuratively hushed whenever they try to speak up and out, I seek out ways to teach my daughter that her voice matters. My obligation and responsibility to my daughter is to not only teach her to be a good human being, but to also make sure she knows women are just as strong and just as powerful and just as capable and just as worthwhile, as men.

Anyone who believes women are treated equal to men in our society is either unfortunately misguided or has led a very privileged life. While many women may believe they are equal, probably because they have never felt otherwise, they fail to acknowledge other women who haven't had or experienced the same opportunities for equality. The idea that everyone has the same opportunities in our society is, at best, faulty. For example, just recently and during an intelligence hearing, Senator Kamala Harris (a woman of color) was nearly silenced during her line of questioning by a fellow Senator for not "being courteous enough." While her mannerism and decorum were on par with those of her male counterparts, she was the only one who was cutoff mid-sentence. That kind of blatant misogyny is not only prevalent, but is actually accepted by our society as "normal."

I will never stand silent or accept such blatant disregard for women's voices and opinions. No matter what you want to believe, I think we can all agree we want to raise strong women; women who know they are in charge of their ideas, of their bodies, and of their own unique and personal decisions. While we are fighting an uphill battle in our patriarchal society, the fight must not and cannot stop until our daughters are truly equal in every sense of the word. Here are just a few ways you can contribute to that fight: