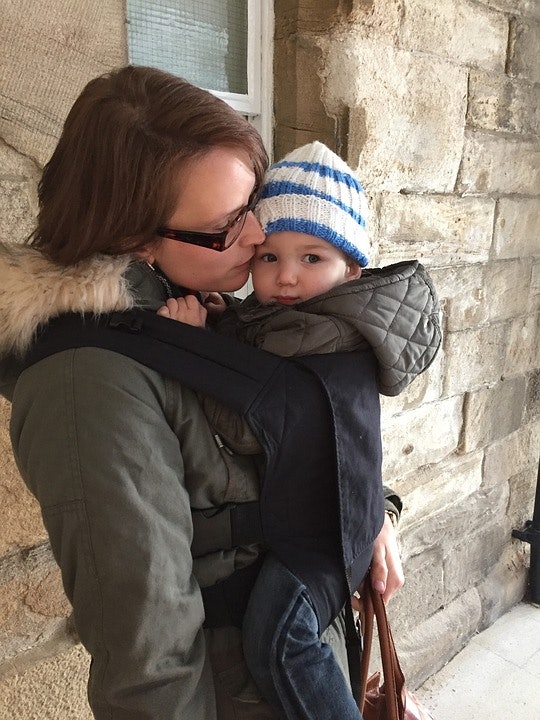 I've said it before and I'll say it again: throughout human history, moms have had far more that unifies than differentiates us. We're busy, we don't sleep much, and we're pretty obsessed, in one way or another, with our children. But, of course, things change. I asked other millennial moms to describe what sets our parenting apart.

Not surprisingly, technology's effect on communication was a recurring theme. Hey, it affects every other facet of human existence in the 21st century: so, you know, why not parenting? This is a huge inter-generational difference between us and those parents who came before us. When I was born in the early '80s, a cordless phone felt high-tech. Now I walk around with a computer the likes of which I never could have imagined in my pocket. How could that not have an effect, right? Another thing that came up in my discussion with these moms was the shifting concepts of community: there was no firm consensus on whether we have it better or worse than our mothers and grandmothers, but it was definitely on a lot of our radars.

One issue that did not come up, but that I have thought about a lot is that, now more than ever, motherhood has become a choice. It use to be, more or less, just what you did because it was expected of you as a female-bodied person. Societal pressure, tradition, and lack of reproductive choice and birth control options often pipelined women into motherhood. However, many Millennial women are having babies later than previous generations while others are forgoing it all together. So, more than in the past, those of us who are doing this have made a conscious decision to go for it.

What exactly did my fellow Millennial mamas have to say on the matter? A lot.